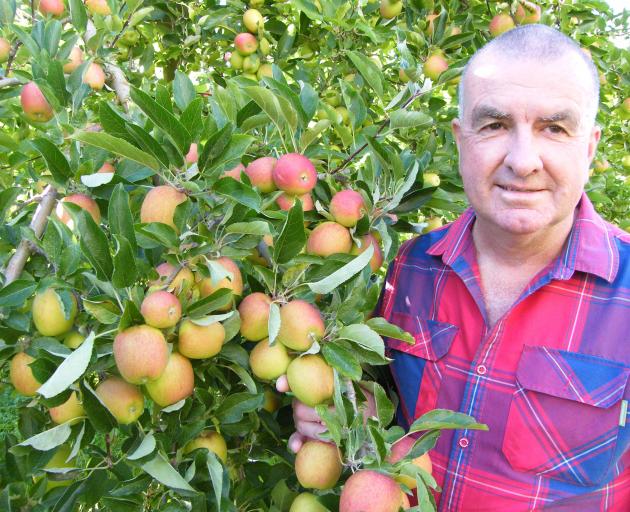 Mr Pollard said the apple industry was experiencing phenomenal growth nationally and Central Otago was an important part of that, producing 4% of the nation's apples and being New Zealand's third-largest apple-producing region.

Last year, apple exports were worth $720 million nationally, of which about $30 million was from Central Otago. But the flow-on effects to the economy were three to five times that, so between $90million and $150million had been put into the Central Otago economy last apple season, Mr Pollard said.

This season, apple exports from Central Otago were predicted to be up to $40 million, which would again be multiplied by three to five times for total contribution to the Central Otago economy, Mr Pollard said.

The growth was coming from a mix of new plantings and increased productivity, and the apple industry had already surpassed government-set goals, he said. In 2012, apple exports were $340 million and the Government set a target to double that by 2025. The industry went on to more than double that to $720 million in just four years, and so had set itself a new target of making $1 billion by 2022, Mr Pollard said.

He expected that target also to be met early by several years.

''We grow the safest, freshest, highest-quality fruit in the world.''

Pipfruit New Zealand had a big research and development focus and was particularly pursuing Asian markets. There had been a ''big shift from West to East'', and the percentage of apples exported from New Zealand to Asia increased from 13% in 2004 to 41% last year.

But other markets were still important. New Zealand's top four markets, in order, were Germany, the United States, the United Kingdom and Taiwan.

There were significant new plantings in Central Otago, including 27,000 new apple trees planted recently by Con van der Voort in Earnscleugh. Mr van der Voort is planning to plant another 30,000 trees next year and more after that.

The horticulture field trip visited Mr van der Voort's orchard and five other properties while in Central Otago, as well as the Seasonal Solutions co-operative and Plant and Food Research.

The main issues affecting orchardists continued to be access to land and water, biosecurity and labour, Mr Pollard said.

He hoped the numbers of workers allowed into New Zealand through the Recognised Seasonal Employer (RSE) scheme would continue to increase, and that more career pathways into horticulture could be encouraged through the secondary and tertiary school systems.