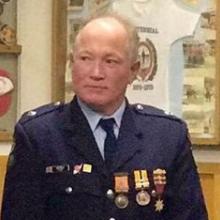 Ian Gregory Wells died in 2018.
The diving partner of a Central Otago man who died in Doubtful Sound believes he heard him say "I can’t breathe" before he lost consciousness and dropped like a "stone".

A lack of sufficient evidence means what caused the death of Roxburgh man Ian Gregory Wells in 2018  will remain undetermined.

Mr Wells, a butcher and volunteer firefighter, died while diving in Doubtful Sound with a group of eight others.

Mr Wells was an experienced diver and had held a PADI open water diving qualification since 1991.

He was also described by his partner as being in good physical shape, who regularly attended cross-fit classes and would cycle 10km to 20km several times a week.

A camera attached to Mr Wells was able to be used by police to make a fairly precise observation as to the sequence of events.

It showed it took only about five minutes for Mr Wells to find himself in trouble when he was taken aboard the boat.

A police dive squad report found there were compounding issues which could have contributed to Mr Wells’ death including a damaged inflator hose connection, regulators not serviced correctly making it harder for him to breath and him not abandoning his weight belt when in difficulty all likely contributed to his death.

On the day of his death Mr Wells was diving in full dive equipment near Bauza Island at a depth of about 15m hunting for crayfish when his diving partner noticed he had swum away from the group.

When his diving partner Warren Johnston spotted Mr Wells again he noticed he was vertical in the water and not swimming, which gave Mr Johnston cause for concern.

He then swam to within a few metres of Mr Wells, who made a gesture across his throat with his hand indicating he had no air.

Mr Johnston then gestured to him to calm down, grabbed his regulator in readiness to give Mr Wells his main one.

Mr Wells had his regulator in his mouth and Mr Johnston remembered pushing the purge button to give him air and saw it produce bubbles.

He could see Mr Wells' were eyes wide open and realised he was in trouble and thought he heard him say ‘‘I can't breathe’’.

Mr Wells either then lost consciousness or died as ‘‘he just dropped like a stone straight down’’.

After diving down after him, Mr Johnston had to inflate both his and Mr Wells’ buoyancy compensator then remove a weight belt to bring Mr Wells to the surface.

He was helped by another member of the group who had swum over to help.

Mr Wells was then taken aboard the boat the group had been using where CPR was performed and emergency help was called for.

Paramedics and a Danish doctor who was on holiday in the area assisted but they were unable to revive Mr Wells.

Ms McKenzie said while the police dive squad report noted potential causes, the circumstances leading to Mr Wells’ death could only be expressed as a possibility.

Because of those factors she concluded the the cause of death was unascertained.

In her report, Ms McKenzie repeated the recommendations made by the police dive squad which included, all persons using a compressor to fill dive cylinders be made aware of their requirements under law, ensure dive equipment operated correctly and was regularly serviced, that divers should abandon their weights and catch bag when in difficulty and should dive with a buddy for the duration of the dive.