Concern for trampers in pest operation 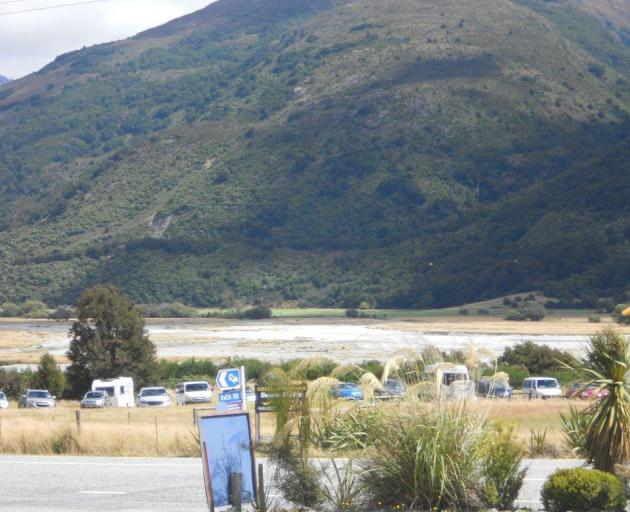 The number of vehicles seen yesterday in a car park used by trampers indicate people may be in Mt Aspiring National Park today as pest control work starts. Photo supplied.
The Department of Conservation has started its Battle for our Birds aerial pest control operation in the Makarora Valley near Wanaka but there are concerns about the apparent high numbers of trampers still in the area.

Doc Central Otago operations manager Mike Tubbs said the operation would begin today with a pre-feed of non-toxic cereal pellets dropped by helicopters over the Makarora valley and its tributaries, the Fish, Blue, Young, Cameron, Wilkin and Siberia Valleys.

Makarora Tourist Centre Director Rhondda Osmers said she wrote to Doc expressing her concerns about the number of vehicles parked in the trampers' car park yesterday, at Makarora.

The Makarora operation had been delayed by poor weather conditions and other factors. It was the last pest control operation for the southern South Island in Doc's Battle for Our Birds pest control programme, which began last winter.

Mr Tubbs said stoat numbers had risen over the summer and the 1080 drop would safeguard populations of threatened native birds from predation.

The non-toxic pellets would accustom the pests to the pellets as food and, after a week, a second operation would follow with pellets containing biodegradable 1080 poison.

Doc has recommended that people do not enter the treatment area during the pre-feed phase of the operation.

Mr Tubbs said access to the Blue Pools and Cameron-Blue Pools link track would be restricted during the pre-feed drop.

He recommended anyone planning to visit the Makarora or Wilkin valley and its tributaries should check with a Doc visitor centre for details.