Cyclist will be hit, Cadogan warns 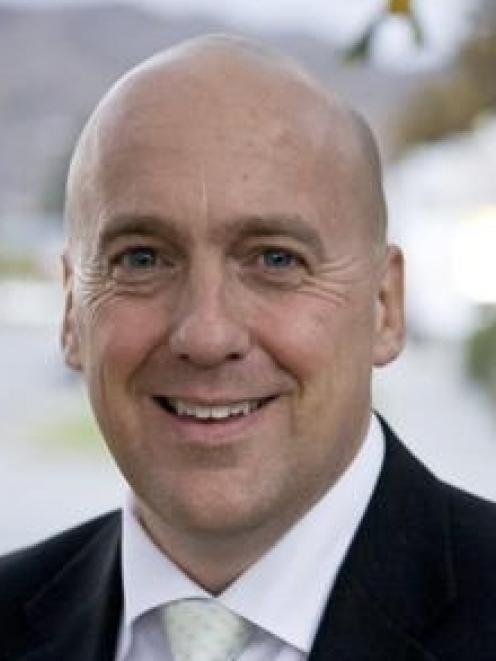 Tim Cadogan
The priority for the proposed Clyde underpass would "go through the roof" as soon as a cyclist crossing State Highway 8 was hit by a vehicle, "and that day is coming", Vincent Community Board member Tim Cadogan warned this week.

The board discussed an update on the proposal for an underpass to link the Otago Central Rail Trail with Clyde and considered two options for the crossing.

An underpass to improve crossing safety for cyclists and pedestrians was first mooted in 2004 and has the backing of Clyde Primary School and the Vincent board.

The project was identified in the New Zealand Land Transport Programme for the 2009-12 period but missed out on funding.

"The priority for this will go through the roof once someone gets bowled - and that day is coming," Mr Cadogan said.

The board reconfirmed it favoured a crossing site south of the Hazlett St and Springvale Rd intersection, at the existing crossing place, finishing at Albert Dr.

The New Zealand Transport Agency (NZTA) prefers a location further north, crossing the state highway from the southern side of Hazlett St and coming out on the northern side of Springvale Rd.

NZTA representative Phil Dowsett said the agency was keen to hear the views of the board and the public.

Preliminary estimates for both options were similar; about $400,000.

No decision had been made yet on the preferred option but the NZTA preferred the northern option as it would serve a greater number of potential users and would allow a more attractive facility to be constructed.

A visually attractive underpass was likely to encourage use, he said.

"This is a facility that will be in Clyde for a hundred years, so we're very keen to get it right the first time."

Building an underpass at the existing crossing place was about $30,000 more expensive than the other option because it included retaining walls.

It was not possible to meet Crime Prevention Through Environmental Design principles in the Albert Dr option, because of the "channel effect" created by retaining walls and property boundary fences, Mr Dowsett said.

Council roading manager Julie Muir said there was concern if the cost of the underpass was too high, nothing would happen, but Mr Dowsett said for safety reasons, doing nothing was not an option.

Vincent board member Tony Lepper said the northern option was "circuitous" and he believed people would not use it because of that.

Rail trailers would tend to take the shortest route from the end of the trail into Clyde, Mr Cadogan said.

"If there's 10,000 people a year [using the rail trail], they'll take the shortest run from point A to B, especially if they've been on a bike for 150km, their backside is hurting and they can smell the pub," he said.