Encouraging the beauty on our streets 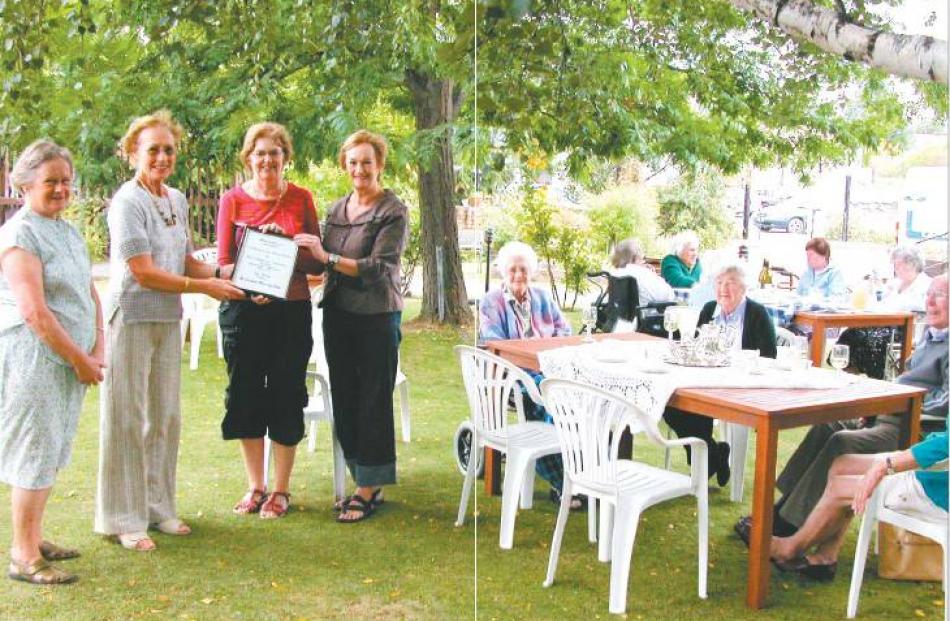 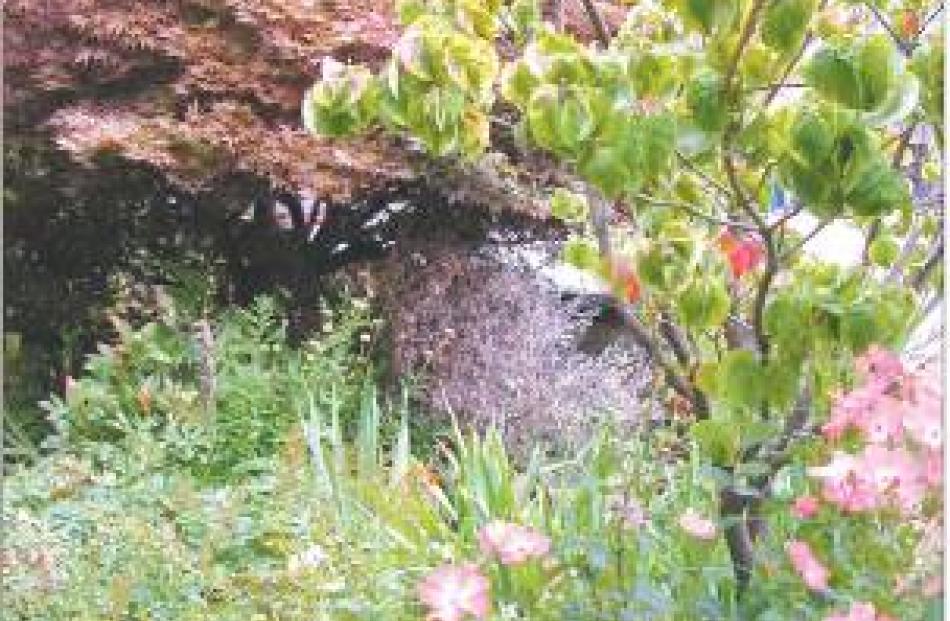 Autumn tints: A maple and dogwood add some rosy tints to the Castlewood garden while a pink flower carpet rose gives continuous colour. 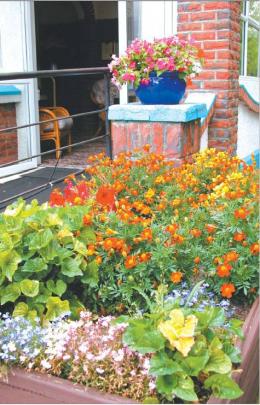 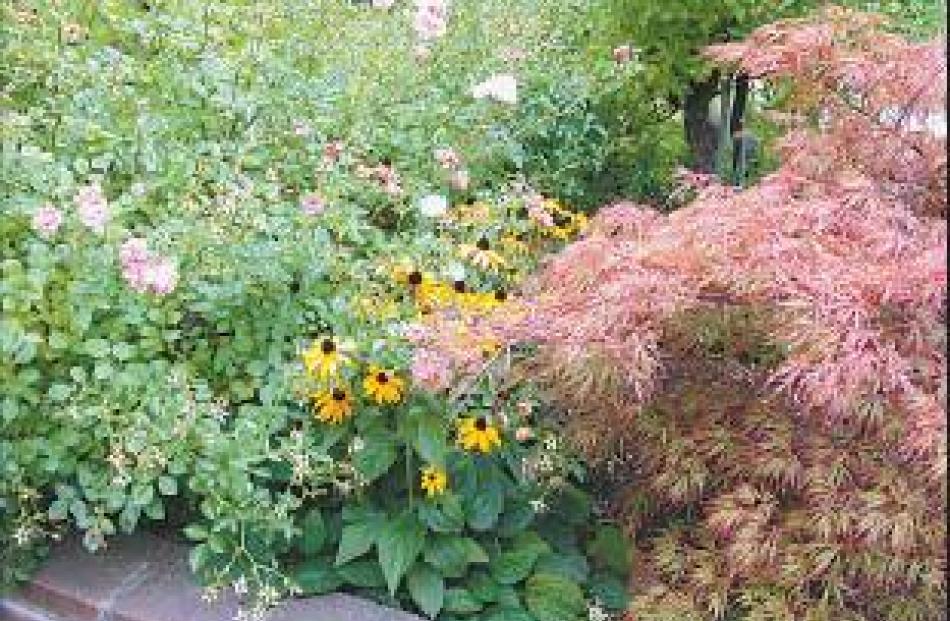 Mix and match: A bright combination of perennials, roses and specimen trees add contrast and texture to the Castlewood garden. 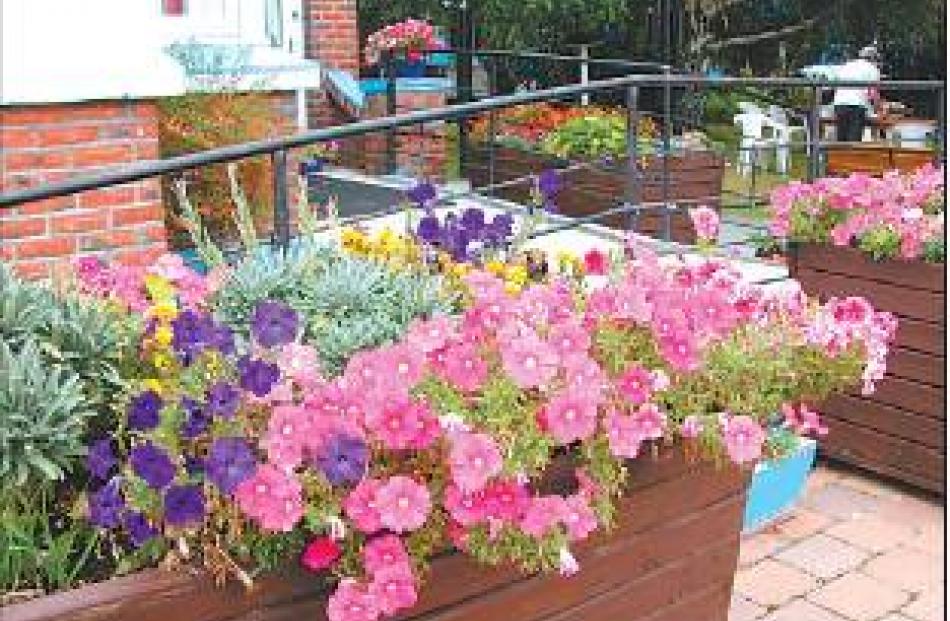 Strike me pink: Planter boxes bring vibrant colour to the entrance of Castlewood. 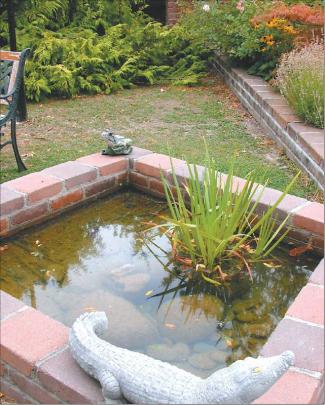 Guarding the pond: This peaceful corner in the Castlewood garden is a popular spot for residents.

Business owners in Alexandra and Clyde are a green-thumbed bunch.

The Alexandra Horticultural Society organises an annual competition for the best commercial and industrial gardens, viewed from the street.

This year the standard was so high the society gave one award for Alexandra and another for Clyde, president Jeanie Johnson said.

‘‘The aim is to encourage business and commercial premises to be made attractive for all and show pride in our towns,'' Mrs Johnson said.

The Alexandra winner this year was Castlewood Nursing Home and top honours in Clyde went to the Clyde Historical Museum Complex.

‘‘While it is easy to put in a garden, it takes continued effort and TLC to keep it looking attractive,'' she said.

Mrs Johnson said the Castlewood grounds were ‘‘so impressive, because of all the work that's gone into them''.

The garden had established trees, extensive lawns, shaded areas, a pond, perennial borders and planter boxes, all of which made it an inviting environment and also gave it lots of street appeal, she said.

Manager Alice Mackie said staff and residents made the most of the grounds.

‘‘We take pride in our garden and it's nice to know that people viewing it from the street also enjoy it,'' Mrs Lochhead said.

The annuals in planter boxes would make way for tulips in spring and the residents often used the grounds for special occasions such as ‘‘high teas'' complete with silver tea service and bone china.