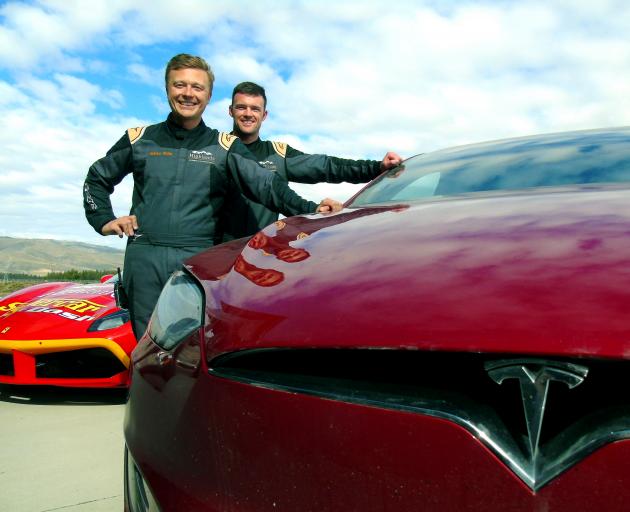 A Tesla Model X electric vehicle (right) surged ahead at the beginning of a race against a Ferrari 488 (left),  the Ferrari only catching up later in the race.

"It is quite a surprise, just how quickly it takes off, but then you can see the Ferrari coming back at you once the speed does start get going," Waite said.

"I knew the Tesla was a fast vehicle, but to see it race against one of the fastest supercars, it really surprised me and it is not what I expected."

The race was a "friendly" rather than a true timed competition and was part of  "The Hare and the Turtle", an event jointly organised by Flip the Fleet and the Otago EV Society.