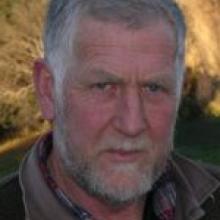 Dan Rae
Concerns about the impact of intensive dairy farming along the Manuherikia River have led the Clutha Fisheries Trust to do its own environmental monitoring of the waterway.

The trust has also been assessing the encroachment of farming on to marginal strips - land owned by the Crown to protect public access to waterways - along the river, with initial findings showing there are problems.

Trust field officer Aaron Horrell said the two issues were linked, as any capturing of marginal strip land meant the "buffer" between intensive land use and the waterway was reduced and any pollution could go straight into the water.

It was a real concern in the Omakau area as the township took its water directly from the river downstream of the development of two new dairy farms, and the gravel substrate was very porous. It was also a popular area for fishing and swimming.

So the trust had put in water monitoring at three sites in the river near the dairy farms to get baseline readings.

In the meantime, the trust had assessed encroachment on marginal strips, which was crown land administered by the Department of Conservation, on both sides of the river alongside the farms.

While the data was still to be verified, it looked like two main areas had been encroached - 2.5ha and 5.5ha, he said.

Mr Horrell had taken the data to Doc and they had visited the site to check its accuracy.

Trust chairman Dan Rae said it was the first time the trust established targeted water monitoring, but given the size of the dairy developments (265ha), their close proximity to the river and being on both sides of the waterway, they could have a huge impact on the environment.

"When we find out damage is being done it will be too late. Any degradation of the water quality will have a huge effect on those that use it, not only anglers, but children swimming."

He hoped the information gathered by the trust could be used by the Otago Regional Council and the region's district councils to develop protocols so water pollution was eliminated.

"I'm not going to let this matter rest until we've got a result."

The trust had identified two other instances where landowners had encroached on marginal strip land. Both were vineyards in Central Otago.

Department of Conservation Central Otago area manager Mike Tubbs said Doc had met farm owner Larkhill Ltd regarding its use of about 8ha of marginal strip for purposes including irrigation, cultivation, piping water across from the river and farm access.

Doc had given the company until the end of April to come up with a plan to remedy the situation and report back.

Under legislation, Doc could grant an easement for the pipes but had no authority to allow grazing.

Larkhall director and spokesman Neil Hamilton said they had only been made aware of the problem 10 days ago and were working through the issues with Doc.

The company bought the property a year ago and had not moved any fences in that area. "We are not farming anything that has not been farmed before."