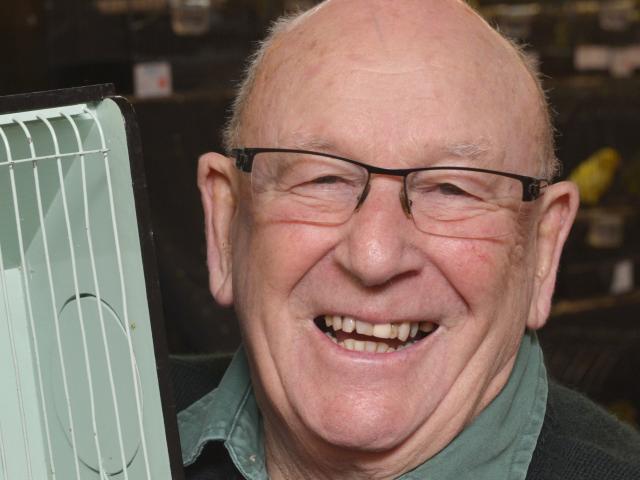 Monty Wright
Otago Fish & Game Council chairman Monty Wright says the council is ready to fight to make sure Contact Energy builds a salmon hatchery at the Roxburgh Dam, as a Contact Energy spokesman says a hatchery is only one option being considered.

Councillors revisited the hatchery issue at their meeting last month in Cromwell, following a presentation from Contact community relations and projects manager Neil Gillespie to the council in February.

The minutes of the February meeting said Mr Gillespie had provided an update on ''the proposed Roxburgh salmon hatchery'' and explained that ''substantial progress had been made so far''.

With the help of ''a leading New Zealand salmon farming expert'', Contact ''now had a decent proposal in front of them''.

The proposal was being checked by engineers ''and from there it [Contact] would move quickly to pricing the venture'', the minutes said.

Councillors also discussed declining salmon numbers generally, both sea-run, in rivers, and land-locked, in lakes. Sea-run salmon were ''nearly non-existent'' in the Clutha and Taieri rivers, and in ''significant decline'' in the Waitaki, Rangitata, Rakaia, Waiau, Hurunui and Waimakariri rivers. Salmon are also thought to be ''disappearing'' from Lake Wanaka.

Mr Gillespie said this week a hatchery at the Roxburgh Dam was one option being considered by Contact.

As part of the Roxburgh dam discharge consent, Contact had obligations to implement and commission a Sports Fish Mitigation Programme, Mr Gillespie said.

The programme had two objectives: the self-sustaining population of salmon with a target spawning run of about 5000 salmon, and ''to generally enhance the habitat of sports fish''.

To achieve this, Contact was, among other things, required to ''investigate and implement the development of artificial spawning channels below the Roxburgh Dam, and/or a programme of regular hatchery stocking'', Mr Gillespie said.

When asked if that meant a hatchery was only one option and was not guaranteed, Mr Gillespie preferred not to comment further.

He said Contact had released 900,000 salmon directly into the Clutha Mata-au River, below the Roxburgh Dam, between 2010 and 2016, but this had been ''poor and largely ineffective, with very limited effect on salmon numbers in the river''.

Councillors at the March meeting said they would keep pushing for a hatchery and Mr Wright said this week Fish & Game was ''prepared to fight'' to get the hatchery built.