From fright to all right 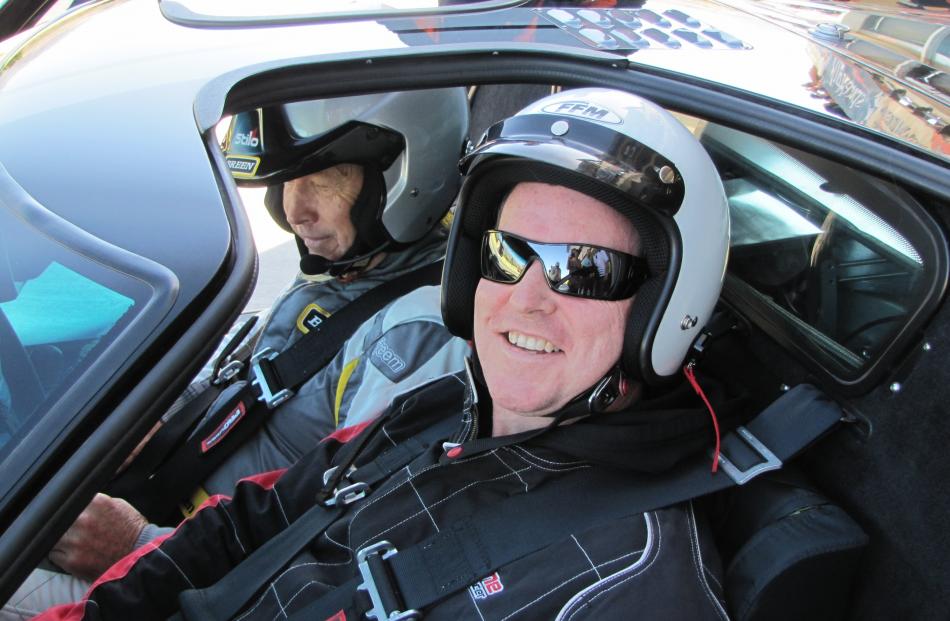 Invercargill man Dale Brook (right) gets ready to be taken for a spin by Grant Aitken, of Queenstown, in Aitken's GT40 at the Highlands Festival of Speed in Cromwell on Saturday. Photos by Pam Jones. 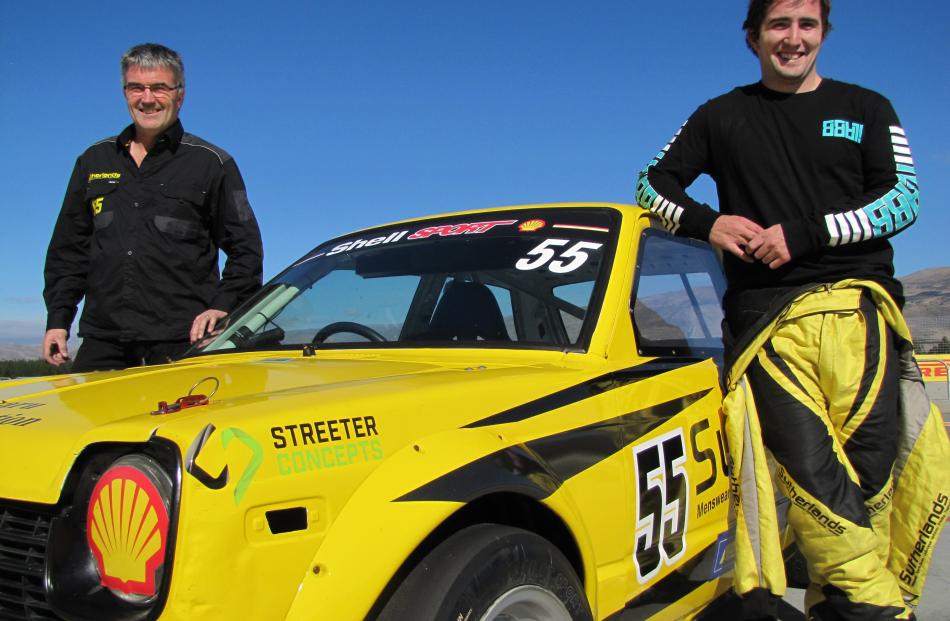 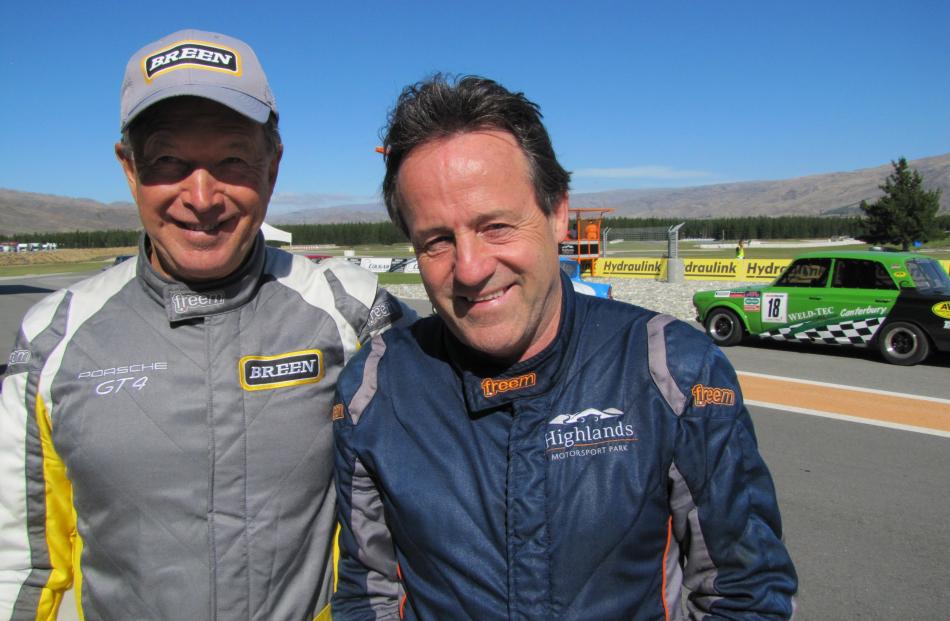 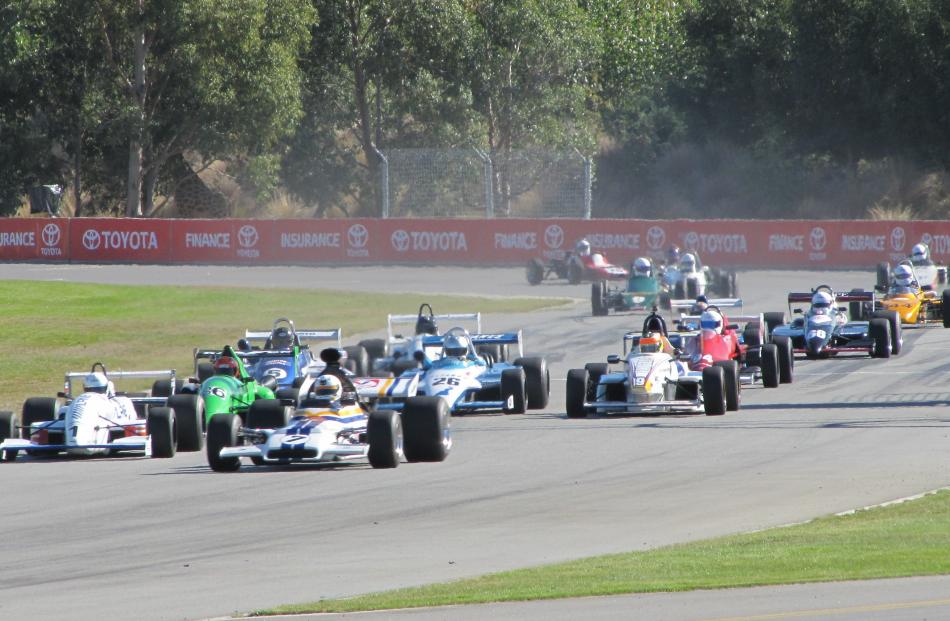 Drivers set off in the Formula Libre for single seaters 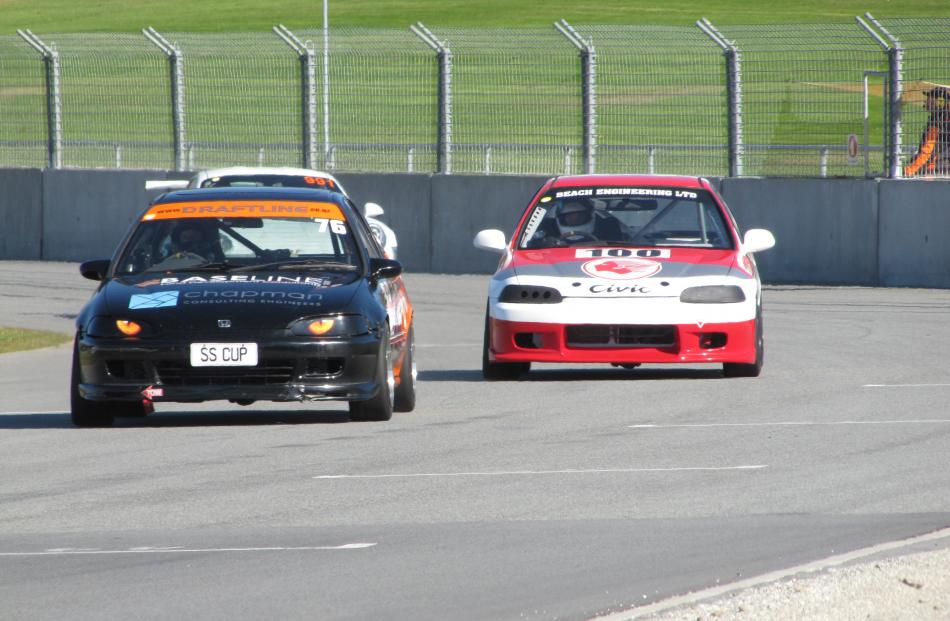 It was a ''frightening'' prospect to begin with, but after two quick laps in Queenstown race driver Grant Aitken's GT40 at Highlands Motorsport Park, Invercargill man Dale Brook was sold.

''It was unbelievable. That's an impressive bit of car.''

Mr Brook was the winner of a trip in Aitken's car at the Highlands Festival of Speed in Cromwell on Saturday and before his ride he said the GT40 looked like ''a pretty quick car''.

Mr Brook owns a 1968 Shelby Cobra Mustang convertible himself, but that was more of a ''cruising car'', he said.

''I just take my two boys tripping round the place in it.''

Aitken said his GT40 - a replica, or ''tribute'' car of the original GT40 in which Chris Amon and Bruce McLaren won Le Mans in 1966 - reached speeds of up to 200km per hour at the winding Highlands track.

However, that was a fraction of the speeds the original GT40 reached on straight tracks, Aitken said.

''It was geared to reach 225mph [362kmh] in the day and go really fast in a straight line, with horsepower to burn. It was brutally reliable right from the start.''

The drivers included Oamaru man Dean Sutherland, who competed in a 1979 Toyota Starlet with a 1580cc engine.

Sutherland's father, Graeme Sutherland, who does the pit crew work for his son, said people did not believe ''how fast that thing goes. They think it's got turbos in it and all sorts''.

He was previously known for kart racing, but switched to race cars when he bought the Toyota Starlet last year.

''It was a natural progression. It's just good fun.''