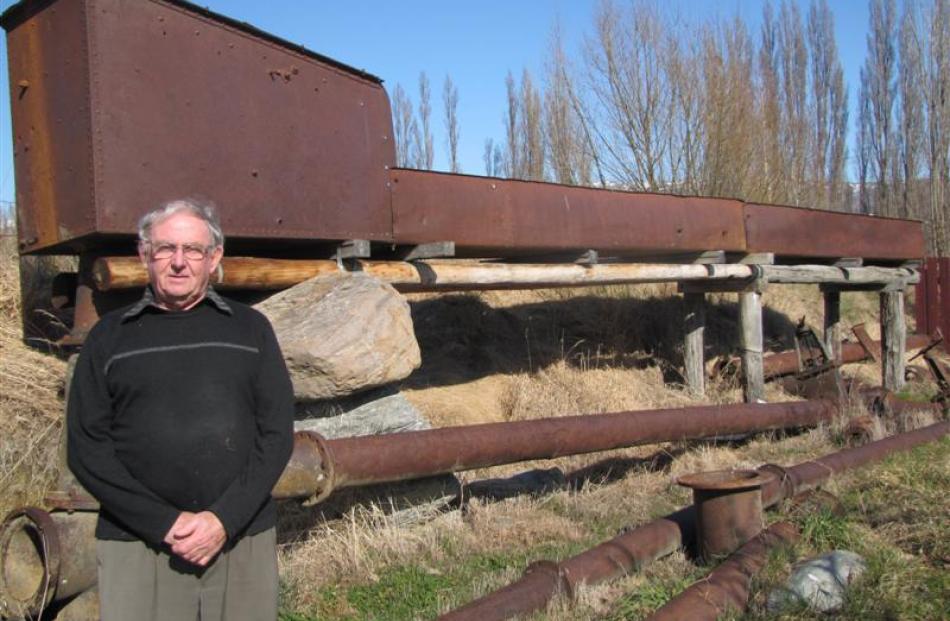 Lex McLean, a co-ordinator on the Nevis committee for gold celebrations, with a hydraulic elevator used on his family's gold claim in the Nevis. Photo by Sarah Marquet. 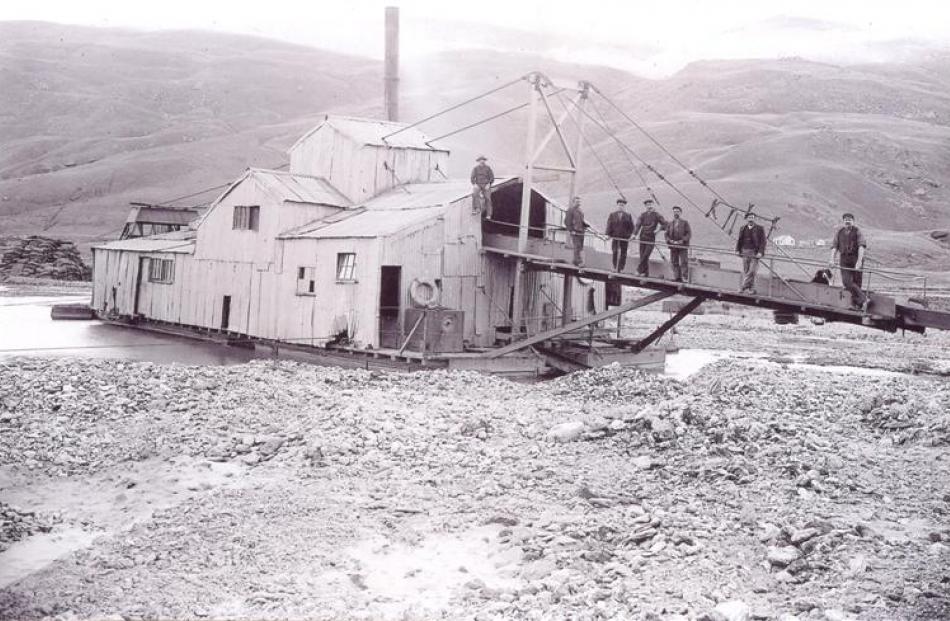 On the dredge 'Crewe No 2' in the upper Nevis Valley in 1903 are (from left) Jack McNulty, Harry Murry, Jack Sparrow, Andy Williamson, Don McIntosh, Fred Johnson and Bill Toms. Photo by supplied. 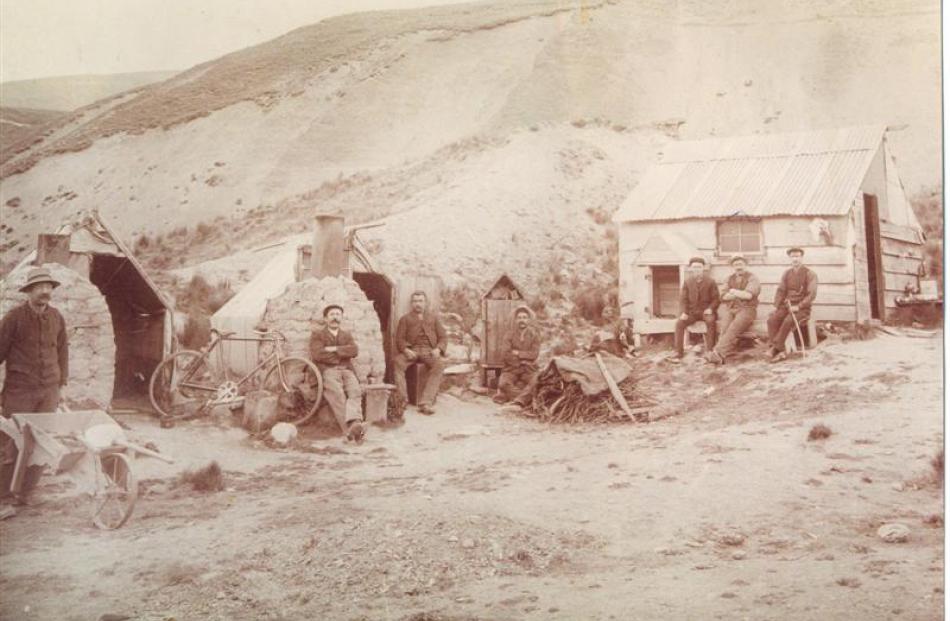 A new kind of gold fever is taking hold in Central Otago as groups plan celebrations to mark 150 years since the metal was discovered in the region.

One of the co-ordinators on the Nevis committee for the celebrations, Lex McLean, said planning was well under way for the event in the Nevis.

Three days of festivities, from March 9 to 11 next year, were planned. Mr McLean said the committee hoped to set up two marquees on the site of the old Nevis township.

Only a few houses and part of a hotel remain on the site.

The marquees would be filled with a written and pictorial (photographs) history of the region over the 150 years.

The committee was hoping to build a replica of the post office and have that running for the three days with special stamps and postcards produced for the occasion.

It was also hoping to have a gold office with a gold commissioner to tie in with an opportunity for people to pan for gold.

Mr McLean said the committee members were descendants of the miners and between them they had "a lot of historical material on mining, dredging, the hotel and school ... everything that happened in the valley".

The committee has gone back through old newspapers and historians' books, as well as approached descendants of other people that lived and mined in the Nevis.

However, there was "still a lot of history from a lot of families that we haven't managed to get in touch with, so we are very interested in talking to those people ... the Chinese were a massive side, too.

A lot of the time they accounted for about a third of the population of the Nevis, so we want to hear from their descendants, too.

"The Nevis was one of the smaller areas, [but] it's still an important Central Otago field," Mr McLean said.

The committee was working under the umbrella of the Otago Goldfields Trust for funding but the money would mostly come from the Central Lakes Trust.

Cromwell and Districts Promotions Group secretary Terry Emmitt said the group had applied to the Central Lakes Trust for funding to create 1000 gold medallions to mark the occasion.

Promote Dunstan is planning a series of events, including fireworks from a barge on Lake Dunstan, four-wheel-drive tours and a "grand week" of celebrations in November.

People with information on the Nevis' gold history can contact Mr McLean on (03) 449-2757 or at ajmclean@vodafone.co.nz.