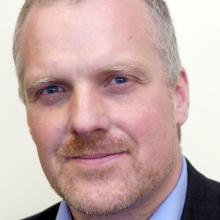 Ian Duncan.
Gaining a $65million contract for Central Otago and Queenstown Lakes highways maintenance will provide job security for Fulton Hogan staff as well as having a positive flow-on in the community, the contractor’s management says.

The New Zealand Transport Agency (NZTA) confirmed last week a partnership, led by Fulton Hogan, had been awarded the contract for seven years with the possibility of a two-year extension. The contract covers 537km of highway in Central Otago and the Queenstown Lakes district.

NZTA southern business unit manager Ian Duncan said there would be savings from having one contract covering the wider region.

Fulton Hogan had maintained the Central Otago highway network for the past five years, and had depots throughout the area and a good working knowledge of  the Queenstown Lakes and Central Otago districts.

Fulton Hogan employs about 230 staff based in Queenstown, Wanaka, Cromwell and Alexandra and its Central regional manager, Paul Bisset, said the company was delighted to gain the highways contract.

"We have a proud history of work in the region and a strong focus on delivering good-quality outcomes for the network and all road users," he said.

"It’s a very important contract for us and will give more job security for staff as well as creating some add-on work for other contractors."

A handful of new roles would be created over time as a result of the contract but job security for existing staff was the most important aspect.

"With the voluntary work we do  ...  it’s contracts like this one that give us that long-term security so we can assist with local community projects," he said.

The new contract will take effect from October 1 this year.