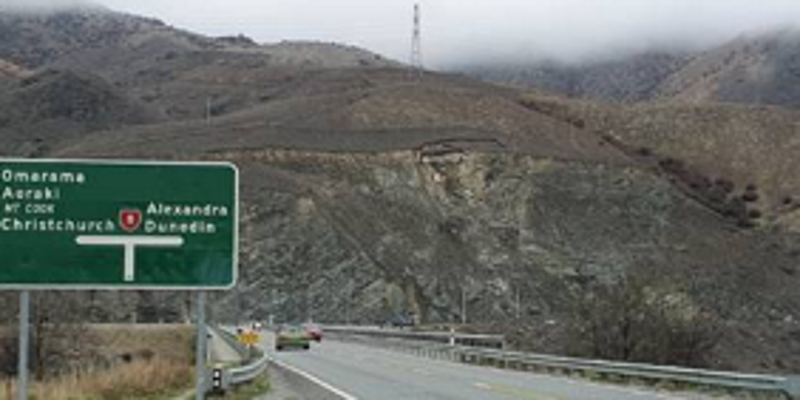 The New Zealand Transport Agency said this morning that all of the dislodged rock material would be trucked from the site by the end of today.

That work included sluicing involving helicopters with monsoon buckets dropping water on the slip, the establishment of safe benches/flat areas for diggers to work from, and an abseiling team clearing cracked or loose rock over the first dew days. 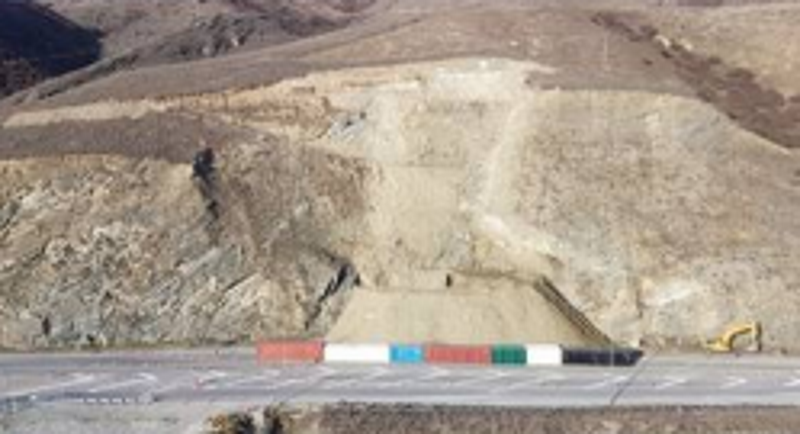 Mark Stewart, NZTA's Maintenance Contract Manager for Central Otago, said containers would remain on the highway shoulder, but would be moved back to allow traffic onto the main traffic lanes.

‘‘However, the speed limit will be maintained at 30km/h, given the narrower road width.”

Mr Stewart said there would no longer be delays for rock clearances and, apart from the area with a lower speed limit past the containers, the journey will be close to business as usual again. 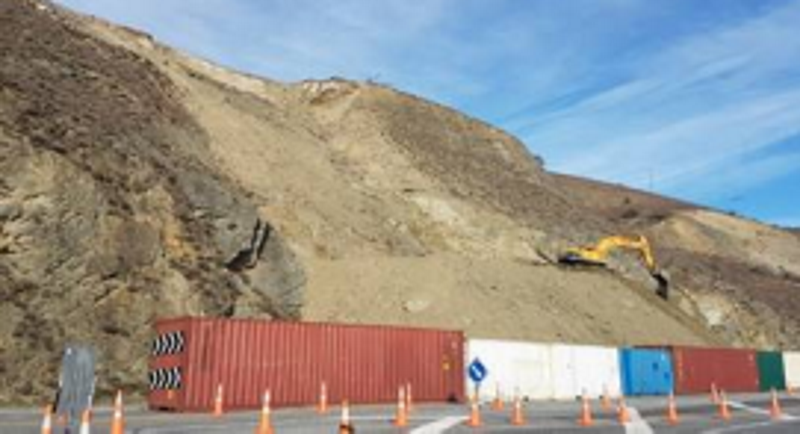 A digger cleans up part of the site Photo: NZTA
He thanked all regular drivers on the route for their patience and care around crews.

“We intend to construct a new rockfall barrier along this section of highway in the coming months to deal with larger as well as smaller rockfall.  That is being investigated now and design will follow.

‘‘The old rockfall-catch fence along SH8 worked well for smaller rocks, but not so much high velocity, larger rocks from higher up the cliff face,” Mr Stewart said.

Additional rock bolting to stabilise some parts of the rock face may also be needed.