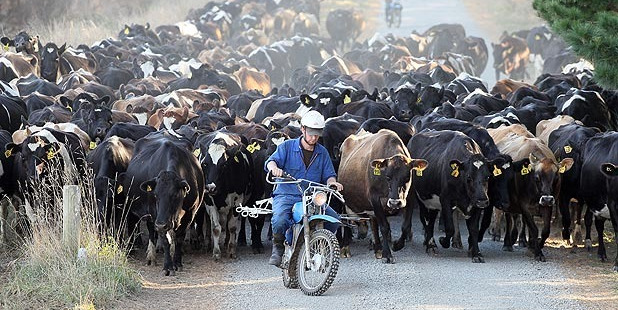 The Otago Regional Council will no longer use the term Gypsy day to refer to the day that sharemilkers move their cows to other farms. Photo: NZ Herald/File
Otago Regional  councillor Michael Laws is unrepentant about  a Facebook post he made containing what is considered an offensive description of a black person, saying "if people are offended by rational discussion or historical context then don’t be my Facebook friend". 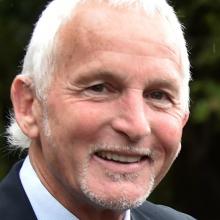 Mr Laws made the post last week in response to an ORC decision to no longer use the term "Gypsy Day", often used to describe the time of the year around June 1 when sharemilkers move their cows to other farms.

ORC chief executive Peter Bodeker said yesterday the council’s decision was prompted by concerns from Dunedin City councillor Aaron Hawkins, who said the term "gypsy" was offensive as it was often used as a slur against Roma people.

Mr Laws then posted comments on his Facebook page saying "Right . . . so ‘gypsy’ is the new n... And of course they — the Roma/gypsies — are very upset aren’t they and protesting loudly at the dreadful racism of the Otago farming community. More PC stupidity from the senior management of the Otago Regional Council. Wonder when they will banish all the ‘gypsy fairs’ from the region?? Better censor My Big Fat Gypsy Wedding while they’re at it". 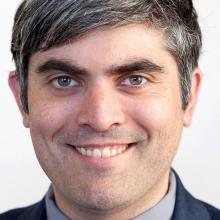 When contacted by the Otago Daily Times, Mr Laws said he did not find the word "offensive in the context it was quoted and never will. This is my Facebook page and if people are offended by rational discussion or historical context then don’t be my Facebook friend".

He said "further thoughts" on the topic were that "people should stop being offended for other people. Let them respond, but given the number of Roma reality TV programmes with ‘gypsy’ in the title, I doubt they would be. I’m offended by the lack of ORC action on environmental pests in Central/Lakes, not by words".

Those who commented on Mr Laws’ Facebook post supported his comments, one saying the ORC’s decision was "PC [politically correct] nonsense".

He said instead of "Gypsy Day" the ORC would now use the term "Mooving Day", which was used by DairyNZ, and therefore widely used in the dairy industry.

"The term ‘Gypsy Day’ might be still in common use within the farming community as a shorthand term for the mass movement of stock, but it has undertones that aren’t in tune with New Zealand society today. ORC won’t be using the term in the future," Mr Bodeker said.