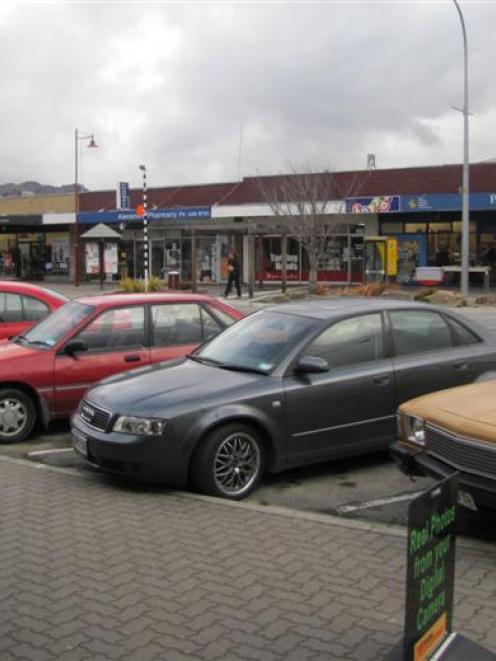 Some retailers do not want to see the last angle parks on Centennial Ave, Alexandra, scrapped, as they say they allow the maximum number of shoppers to park outside their businesses. Photo by Colin Williscroft.
Retailers likely to be affected by roadworks that would result from a safety upgrade of Centennial Ave in Alexandra have called for more details about the project.

Owners of businesses between Shannon and Brandon Sts spoken to by the Otago Daily Times said they had received a letter from the New Zealand Transport Agency (NZTA) announcing that work on the upgrade, which would include a new roundabout, the replacement of angle parking with parallel parking, one new pedestrian crossing being created with another being upgraded, would begin in October this year and be completed by April 2011. No work would be done between December 20 and January 14.

However, retailers in the block said the letter lacked detail, such as a schedule of when work would be done or a plan that showed what the area would look like once it had been completed.

Some were also concerned that their business would be disrupted in the lead-up to Christmas and that fewer shoppers would be able to park directly outside premises once angle parking had been replaced by parallel parking.

NZTA Central Otago area manager John Jarvis said a plan of the proposed works had been prepared and was available to be viewed at the agency's network consultant, Opus Alexandra, at 69 Tarbert St. A schedule of work would not be available until after a contractor for the work had been appointed, Mr Jarvis said.

The loss of parking that resulted from angle parks being replaced by parallel parks would be made up for by the creation of additional parking once trees and bulbous paving in the block had been removed, he said.

While Mr Jarvis was confident the work on the $1.4 million upgrade would be completed within this timeframe, not all of the funding for it was guaranteed. 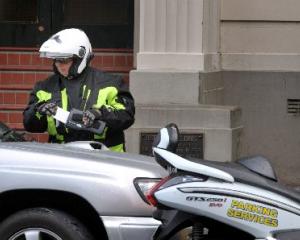 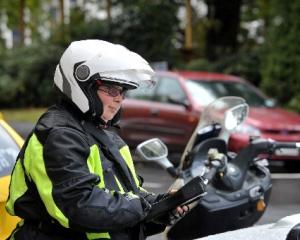 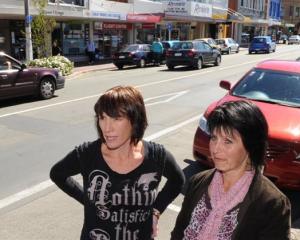 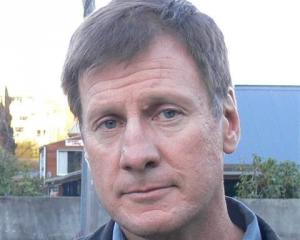 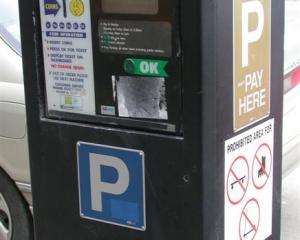