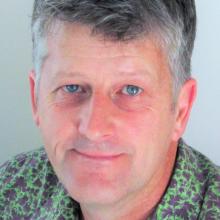 Bernard Murphy.
Provide as much money as possible now and repay it later.

That was the preference of about 60 people at a meeting about the Maniototo Hospital rebuild last week, when various projections for loan repayments to help the project were discussed.

Ratepayers are being asked in the draft 2017-18 Central Otago District Council (CODC) annual plan whether the CODC should help fund the $5.5million project with money that would be paid back by Maniototo ratepayers.

The options are to provide either nothing, $1million, $1.5million or $2million towards the hospital rebuild. The money would be funded either by a loan over 25 or 40 years, or by a combination of a loan and proceeds from selling two Maniototo properties owned by the Maniototo Community Board.

At a meeting in Ranfurly on Tuesday CODC chief financial officer Bernard Murphy discussed how the various options would impact on ratepayers.

He said the ‘‘feeling’’ at the meeting was most people wanted the CODC to provide $2million towards the project. Residents realised the money would need to be paid back via rates or property sales, but said they wanted the most money possible  provided to start with.

Mr Murphy encouraged Maniototo residents to make submissions on the annual plan, as  the hospital funding would impact on the rates of future generations.

The Ranfurly meeting also included an update from Maniototo Health Services Ltd (MHSL) chairman Stuart Patterson about fundraising for the project. He said support was strong.

MHSL had $2million in cash reserves for the project, and another $400,000 had been raised, comprising $350,000 from the Maniototo community and a $50,000 grant from Perpetual Guardian.

It was hoped the Central Lakes Trust (CLT) might also consider contributing, as some of the people who used the Maniototo Hospital came from the CLT’s catchment, Mr Patterson said.

Grants from other trusts would also be sought, Mr Patterson said.

MHSL had set a deadline of the end of the year for raising the $5.5million, and it was hoped the rebuild could start early next year.

● Submissions on the draft annual plan close on April 24.