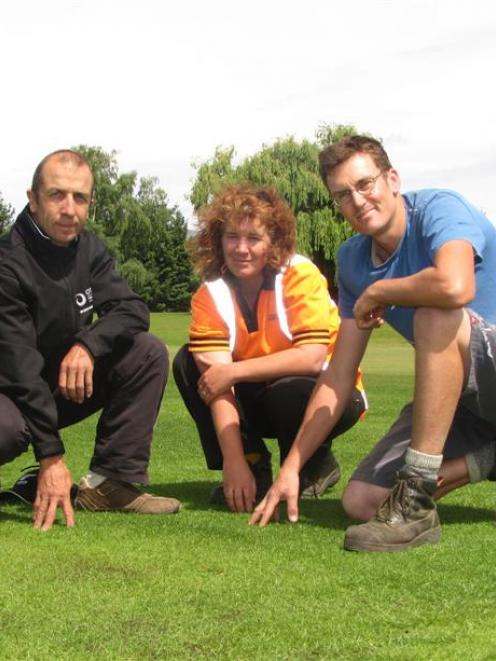 When approached by the Otago Daily Times on Thursday, NZC grounds and facilities manager Ian McKendry said he was unaware of the appointment but "to expect someone to come in new and prepare something up to that level would be unfair, and a bit of a risk".

He said the pitch was "not up to first-class professional level" and "it takes a long time to get it to the right level of quality".

The first professional game of the season, between the Otago Volts and the Northern Knights, was scheduled for December 29; it will now be played at the University Oval in Dunedin.

Mr McKendry said NZC would be "very happy that a new turf manager will be working at the park".

When the Molyneux Park Trust dissolved earlier this year, management of the park passed back to the council, which contracted Asplundh as caretaker.

Wayne Walker was the groundsman but left the position on October 14 due to an illness in the family.

Asplundh advertised the position, and in the meantime Susan Head, with no turf management qualifications or experience, took control of the ground, under the direction of experienced groundsman Colin Buttar.

Mr Douglas has a diploma in horticulture and is working as a landscaper but has no qualifications in turf management.

He is due to start the course offered at the polytechnic's Cromwell campus and expects to obtain his certificate in sports turf management next year.

Mr Douglas starts his new job on December 5 and will work with Ms Head for a couple of months.