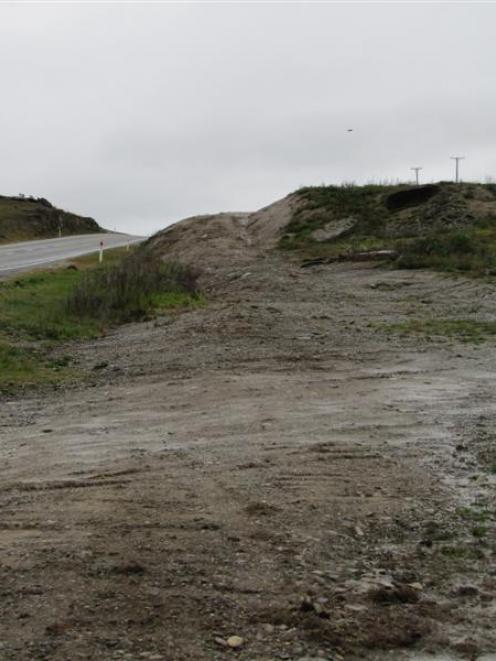 Work beside SH8 is part of the upgrading of the Chorus telecommunications network. Photo by Sarah Marquet.
The sight of a new track, in places more than a metre wide, hugging the side of State Highway 8 between Alexandra and Fruitlands has led some motorists to wonder if a new cycle trail is being built.

However, it is telecommunications company Chorus upgrading its network.

A Chorus spokesperson said the company was laying 11km of fibre-optic cable along SH8 from Alexandra to Fruitlands.

The $500,000 project began at the start of October and would "provide additional capacity for the development of future telecommunications services in the region, particularly as demand for ethernet [high-speed data] and broadband services grows, as well as boost the reliability of the core telecommunications network".

• Last week, the Central Otago District Council agreed to contribute to an Otago regional digital strategy, as proposed by the Dunedin City Council, to develop understanding of the Government's introduction of high-speed internet. It was also hoped that the strategy group would help lobby for Central Otago towns so they would be included in the introduction programme.

In a report council business development manager Jonathan Gadd said the two Government programmes, ultrafast broadband and the rural broadband initiative, did not include the major Central Otago towns.

The ultrafast broadband programme covered zones 1 and 2 (cities and large towns) and the rural broadband initiative covered zone 4 (rural areas including Clyde, Millers Flat, Omakau, Tarras and Poolburn). Alexandra, Cromwell, Ranfurly and Roxburgh were included in zone 3, which will receive only the standard improvements.

Mr Gadd said the Government had allocated $15 million for zone 3 areas, but it was unrealistic to expect that would have a significant benefit for Central Otago towns.

"If we do nothing then we will in effect be going backward."