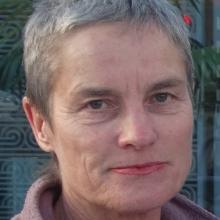 Ms Gilmour, of Queenstown, begins her third and final term as a trustee. Trustees must retire after three three-year terms.

Alexandra businessman Lindsay Breen was the highest-polling candidate with 4616 votes.

The other three candidates elected were former Central Otago mayor Tony Lepper, of Earnscleugh (3248 votes), Rosie Hill, a Queenstown lawyer (2624) and Kathy Dedo, who works in community development in Wanaka (2574).

Twenty-five people stood for election, a record for the trust.

Four long-serving trustees stood down at this election — Bernie Lepper, Alex Huffadine, Greg Wilkinson and Malcolm Macpherson, all having been mandated to retire.

Confirmed results will be released on Thursday.