Pavlova icing on the rink 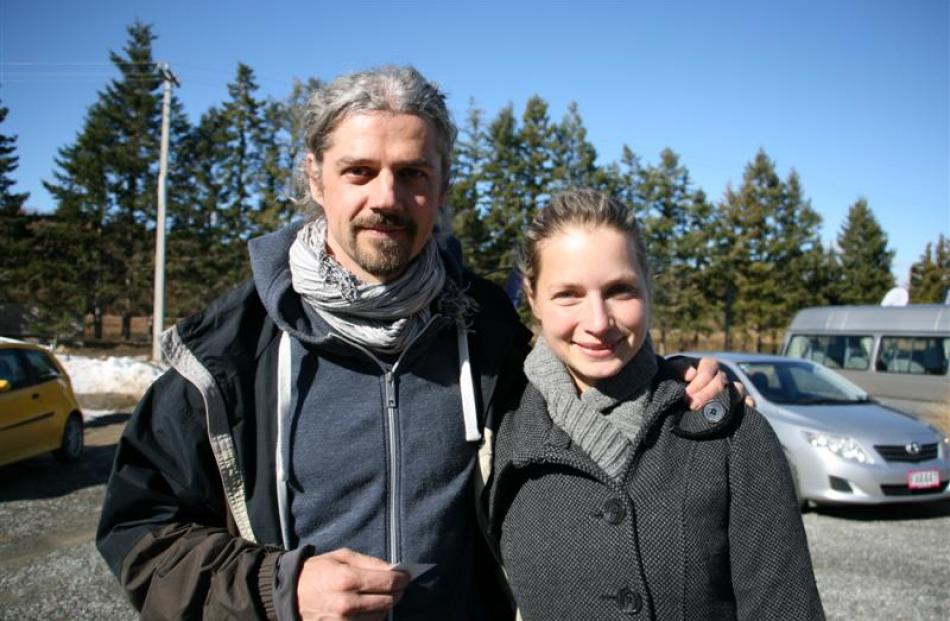 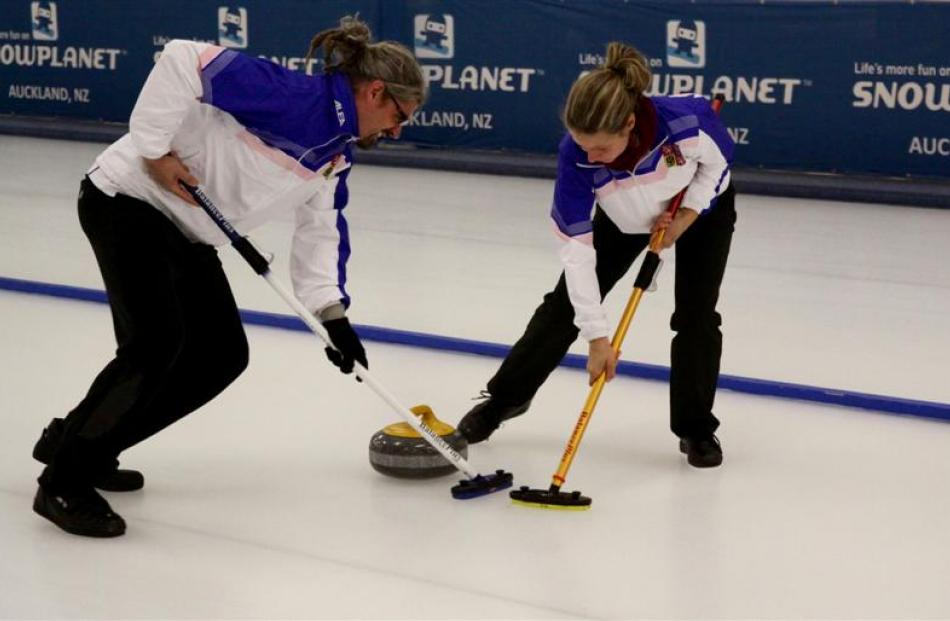 In action at the Naseby indoor curling rink on Monday.

Czech Republic curling team's introduction to New Zealand cuisine began as it should - with a pavlova.

Curling couple Ondrej Mihola and Jana Jelinkova, who are competing in the mixed doubles curling at the Audi Quattro Winter Games NZ in Naseby this week, said it was the first time they had tried the dessert.

''It was fantastic. I liked it,'' Ms Jelinkova said.

It was the couple's first trip to New Zealand too. They were staying in Queenstown for a night and then Naseby for the duration of the games.

It was a fantastic country with wonderful scenery and countryside, and the people were just as nice, she said.

The pavlova was served up after a social barbecue for players and guests on Sunday night by a host of volunteers.

New Zealand Curling Association chairman Sam Inder said there were about 70 to 80 volunteers to help run the Winter Games curling, being held at the the Naseby Indoor Curling Rink.

Most of them were from the Maniototo, involved in outdoor or indoor curling, and were ''quite happy'' to help out in the community, he said.

''It's the vital element. We couldn't run it without the volunteers. It's as simple as that.''

About 20 to 30 of them were ''real regulars'', who would sit in to score, umpire or coach if needed.

However, because of the ''informal'' atmosphere at the curling rink during the competition, they were only called upon when there was a dispute on the ice, he said.

Volunteers were also tasked with general jobs, including setting up, food, and transport for players to and from Queenstown airport.

In the past, pupils from Maniototo Area School and St John's School in Ranfurly helped out, but this year were busy with NCEA exams.