By Hamish MacLean
0 Comments
The first blush of spring may be evident in Otago’s hinterland landscape.

But, were it possible, the hills of the Maniototo could be blushing for another reason.

Critics, globally, have begun to lavish praise on Jane Campion’s Western The Power of the Dog, shot on location in Otago for Netflix last year.

The film reportedly received a four-minute standing ovation at the Venice Film Festival after it premiered yesterday. 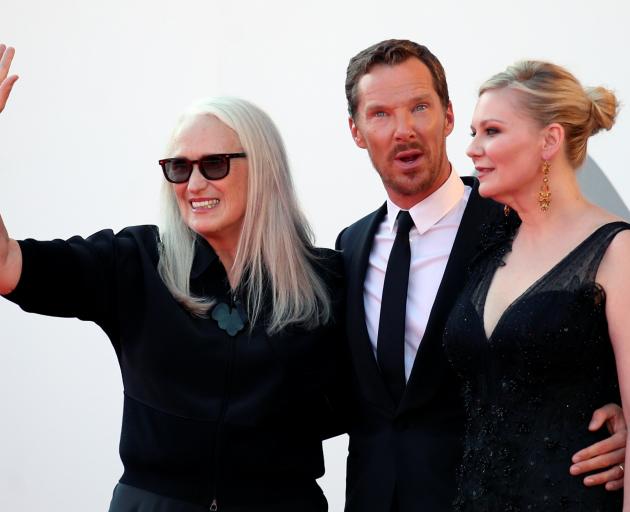 Director Jane Campion (left), Benedict Cumberbatch and Kirsten Dunst attend the red carpet event yesterday for the movie The Power of the Dog during the 78th Venice International Film Festival. PHOTO: REUTERS
Reviews compare the film to Campion’s award-winning The Piano , but the location is a standout as well.

Vulture’s Bilge Ebiri called the film tremendous and said it was the greatest performance of Cumberbatch’s career.

But he made special note of the American Gothic film’s use of the Otago landscape.

‘‘I can’t speak to how much it resembles rural 1920s Montana but it’s a hell of a setting: sensuous, unreal, foreboding, with hills that weave in and out of one another like ropes, and shadows that form strange, captivating patterns,’’ he writes.

Film stills of The Power of the Dog, filmed in the Maniototo, to air on Netflix. PHOTOS: SUPPLIED
‘‘At one point, not long after they’re married, Rose teaches George to do a few dance steps with her on a hillside.

‘‘He starts to cry, muttering about ‘how nice it is not to be alone’. And yet they are alone against this infinite landscape stretching before them.’’

IndieWire’s David Ehrlich writes that it is one of the very best movies of the year.

‘‘Peter’s desire is the mystery at the centre of a rivetingly tense movie that screws tight like a Patricia Highsmith thriller without forsaking its Western splendour.

‘‘Cinematographer Ari Wegner shoots the South Island of New Zealand as if it were a dream Montana once had, and Grant Major’s tactile production design troubles the film’s golden valleys and sun-kissed vistas with textures rich enough to reframe every aspect of this story for the role it plays in the tug-of-war between nature and civilisation.’’

Nicholas Barber for the BBC describes the film as a ‘‘slow-burning Gothic melodrama’’. 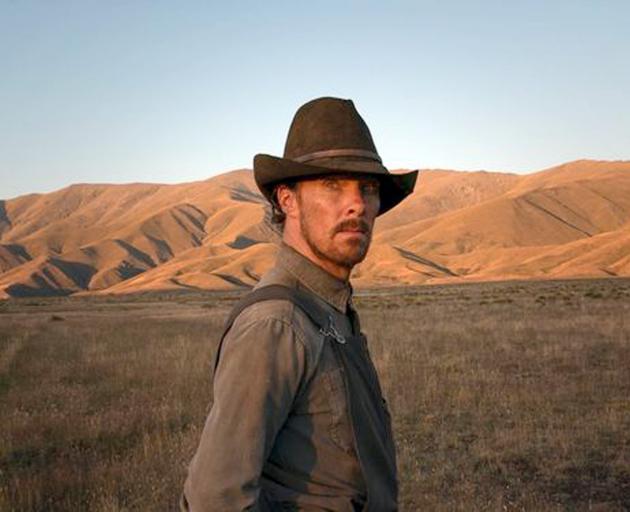 ‘‘Campion immerses the viewer in a world that seems creepy to the point of being supernatural, but also completely real.

‘‘Much of the film is shot in natural light, with plenty of sensual close-ups of sweat and grime.

‘‘Although it was made in New Zealand, you could believe that its Wild West buildings had been standing on the bare Montana landscape for years.’’

The film’s success was a showcase not only for the landscapes but also the industry in the region.

‘‘It’s another good example, and good news story, of the great work that we do down here.

‘‘It’s a very special landscape, and we’re lucky that we’ve got good access to it. It’s just a fantastic way to show off not only the landscape, but also the crew, obviously.’’

Filming for The Power of the Dog began in the Maniototo in January last year.

In February, Cumberbatch and his family were reported to be staying in Alexandra and in March, Hollywood converged on the Dunedin Railway Station and Oamaru’s Victorian precinct.