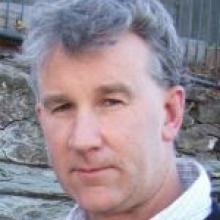 Dan Perriam
Tarras residents will "fight to the bitter end" a Queenstown-Lakes District Council proposal to store and discharge treated sewage sludge on a farm in the district, one of the neighbouring property owners says.

The QLDC has applied to the Central Otago District Council to store and discharge up to 2000cu m of sludge each year on an Ardgour Rd property, owned by Wanaka residents Bruce and Linda Jolly.

Sixty-nine submissions on the application had been received by the closing date yesterday with 65 opponents, three submissions in support and one neutral.

Tarras resident and farmer Dan Perriam, who lives near the Jollys' property, said the community was united in its opposition to the plans.

"We see it as a community issue and we're upset about the plans and the impact this could have on people's perception of Tarras as a clean-green environment, which produces world-class wines."

"People have moved to Tarras from all around the world, attracted by the environment, and so, of course, people who live here get emotional when we find out there's plans to dump another council's sewage in our backyard."

"This is just the start of our opposition. We're going to fight this to the bitter end," Mr Perriam said.

The matter would be heard by an independent commissioner. The council's planning staff had distanced themselves from advising on the application as the council's assets staff were interested in the outcome of the proposal, with a view to doing the same thing with Central Otago sludge.

When approached by the Otago Daily Times yesterday , Mr Jolly said he did not want to comment on the submissions until he had a chance to view their contents.

"Applying for consent is a democratic process we go through and the public has the chance to debate it."

He said it was an "emotive" issue, and he expected it to be controversial because using the sludge as a fertiliser was a relatively new process in this country. However, it was common overseas.

"It's seen as being a much better way of dealing with treated sewage than dumping it into rivers and seas or in landfills."

The site where the sludge would be stored on the 3500ha property was quite a distance from any residential properties, Mr Jolly said.

The application seeks consent to transport solid waste derived from raw sewage from the Wanaka wastewater treatment plant and store it on the Tarras property. Once a year it would be applied to paddocks within the farm property. The consent is sought until at least 2045.