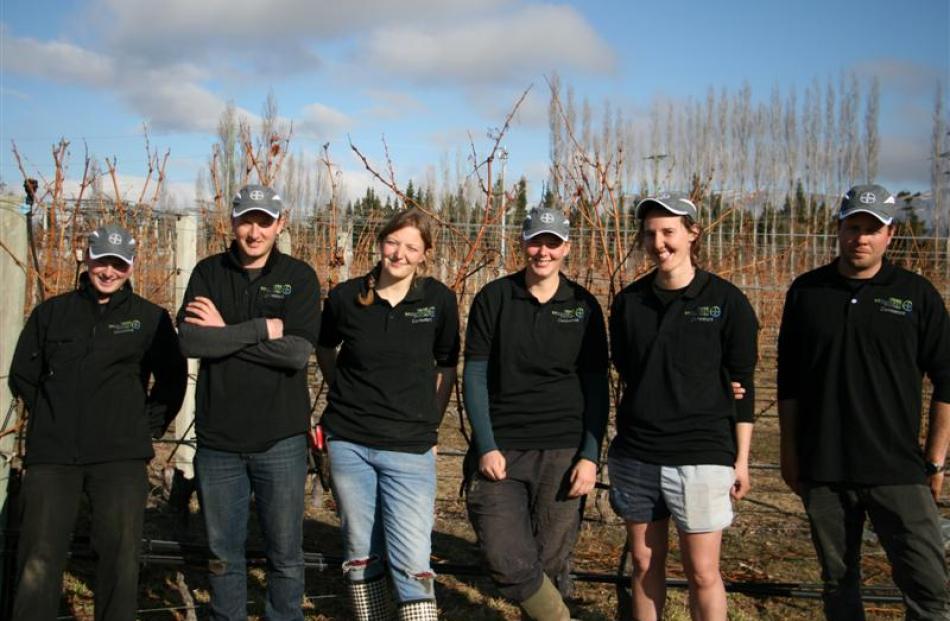 For one recent university graduate, the Central Otago Young Viticulturalist of the Year competition was ''one of the biggest exams you couldn't prepare for''.

Zoe Marychurch was the youngest entrant at the competition held at the Otago Polytech campus in Cromwell yesterday.

It was her first young viticulturalist competition but she said she was not too worried about winning because she had ''nine more chances until I age out''.

The most stressful part of the morning yesterday was ''trying to dig a hole in front of 50 people''.

Six contestants from Cromwell and Wanaka battled it out for $1000 cash and the chance to compete in the national finals in Hawkes Bay next month.

Participants were judged on their pruning skills, tractor driving, irrigation theory, wine tasting and machinery, as well as a general viticulture exam.

Annabel Bulk (26) said it was her third competition, which gave her an advantage over the other competitors, but she had been ''pushed hard'' by them to get ahead.

The best part of the event was meeting people and networking, which was important for those working in the industry.

Organiser Nick Paulin said there was a good mix of people and a lot of ''surprising'' performances during the event.

The competition was important to the industry because ''we need to understand that the next generation are really important and are the leaders of tomorrow''.

This winner of the event would be announced tonight at a dinner and prize-giving.

The winner from the Central Otago event will join other winners from Marlborough, Hawkes Bay and Martinborough, to compete for $2000, a $5000 travel grant to any wine region in the world and a year-long lease of a Hyundai SUV.