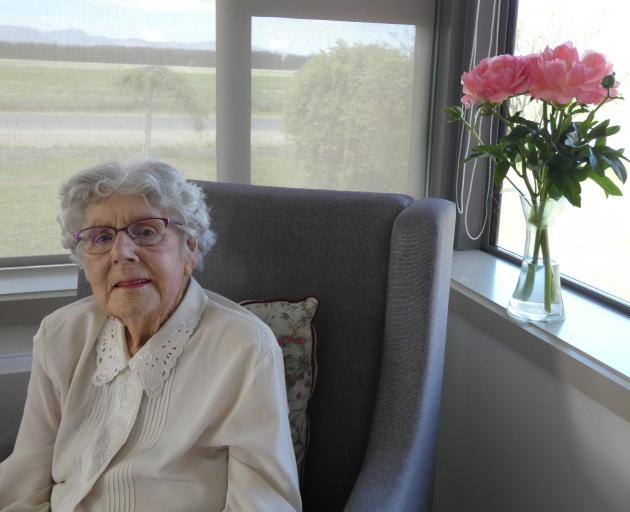 Mrs Pearson, who lives in the rest-home wing of Maniototo Hospital, puts her longevity down to leading a good life, choosing a good husband and being a good wife.

Mrs Pearson and her late husband, Scott, had six children, who were born between 1939 and 1957.

The family farmed at Kyeburn and over the years Mrs Pearson became involved in various community groups, some of which she became a life member of, including the Plunket Society, Maniototo Garden Club and Maniototo Early Settlers’ Association.

Mrs Pearson moved off the farm in 1999 and settled in Ranfurly, where she lived until she moved to the Maniototo Hospital care facility at the age of 102.

She was still driving at the age of 101, but has since given it up, instead letting others chauffeur her whenever the need arises.

Mrs Pearson, who has 12 grandchildren and 23 great-grandchildren, will celebrate her 104th birthday today with a family lunch in Naseby.