Too many holes on golf courses 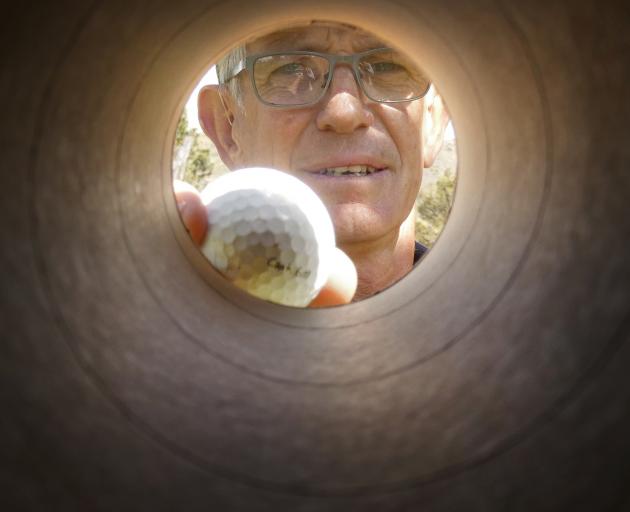 The rabbit rule of the landscape has become commonplace in the district and the issue is worsening for some clubs.

Dunstan Golf Club president Jim Page said it was a massive problem for the nine-hole course at Clyde.

"We're just beside ourselves as what to do.

A Dunstan club member had injured their knee recently after stepping in a rabbit hole.

"It's a nightmare at the moment."

"It's worse than we've ever seen it, in terms of the effect on the golf course."

The Alexandra Golf Club is in the process of exploring fencing options.

Club manager Dai Johns said it was more significant than in previous years.

"We're not real bad like Roxburgh, but there's rabbit holes and c... everywhere."

The Roxburgh Golf Club is about to install rabbit fencing throughout its course, having been overwhelmed by the pest in recent times.

Club president Nigel Arnesen said it was not a quick fix.

"We have a plan in place once we have the fence up to cull the rabbits we've got inside it - but that'll take two to three years."

The work has been estimated at about $21,000 and they were relying on voluntary labour to keep costs down, club secretary Alison Perkins said.

The Otago Regional Council and the Central Otago District Council have previously stated rabbit control was the responsibility of landowners.

The problem was not as severe or costly for other courses around the region.

Cromwell Golf Club manager Irwin Harvey said there was evidence of scratchings and holes but it was not exactly "an epidemic".

Omakau Golf Club secretary Carolyn Brown said the issue had ebbed and flowed at the course over time although it was not as bad as in previous years.

A Patearoa Golf Club member said there were more rabbits than members.

"Fortunately, the greens haven't been affected.

"It's more annoying than anything."