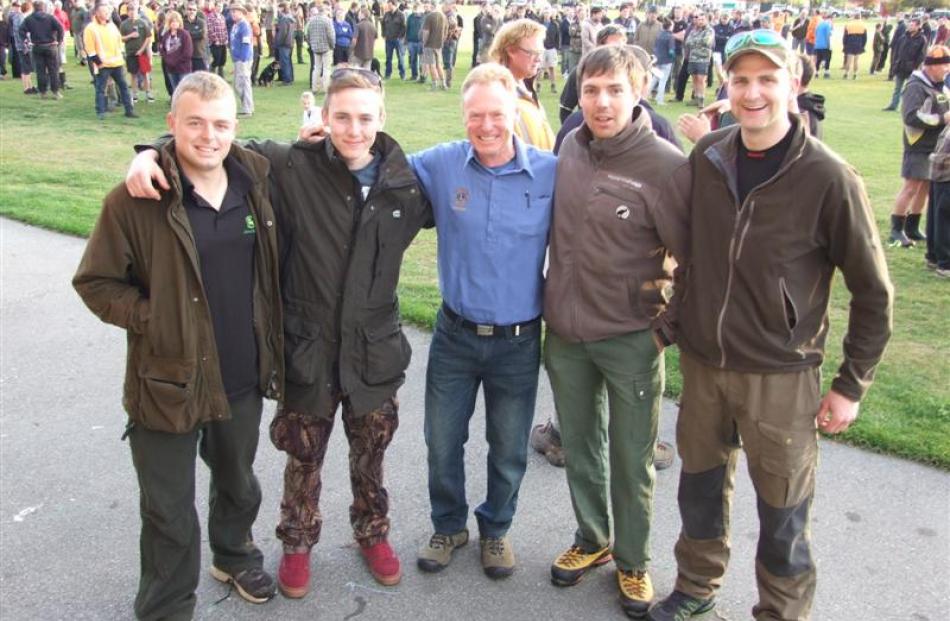 Hunters from Europe have joined their New Zealand counterparts this weekend in the battle against rabbits. Alexandra Lions Club president John Feron (centre) welcomes (from left) Gordon Pate, of Scotland, Harry Stenton, of England, and Vitus Luond and... 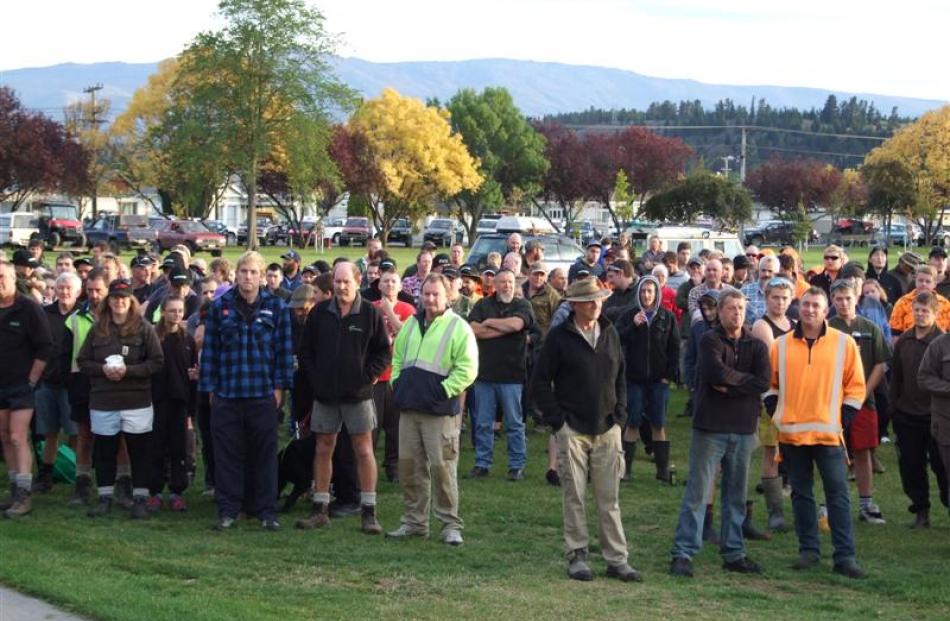 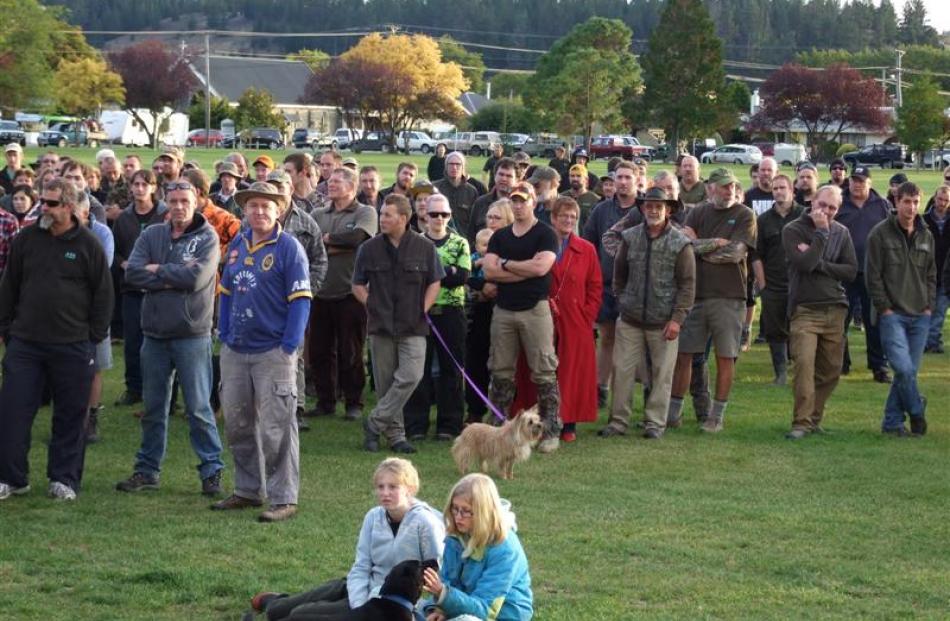 The Great Easter Bunny Hunt has gone global, with four overseas hunters joining the ranks of the 27 teams aiming to decimate the rabbit population.

''If you tried something on this scale back home, with dead rabbits displayed in the park afterwards, you'd have masses of protesters,'' Harry Stenton said.

Mr Stenton, of Yorkshire, England, said the New Zealanders he had met were more accepting of hunting as a sport.

''Back home, people would think of rabbits as pets and there would be an absolute outcry about a hunting contest like this,'' he said.

He joined his friend, Gordon Pate, of Peebles, Scotland, on a six-week hunting holiday in this country.

Swiss friends Vitus Luond, of Goldau, and Silvan Betschart, of Sattel, were also first-timers in the bunny hunt. Mr Luond said the men were on a two-month hunting holiday, based in Wanaka.

The men all got in touch with the organisers, the Alexandra Lions Club, and were placed in teams for this year's event.

Teams gathered in Alexandra's Pioneer Park yesterday morning for a briefing and then the ballot for hunting blocks that heralded the start of the 24th annual 24-hour event.

Properties as far afield as Cardrona, Moa Flat, Cambrian, Tarras and Island Block featured in the ballot and club president John Feron said the organisers were grateful for the generosity of landowners.

''Make sure you respect these properties you're on, as it's getting harder to find enough properties for the hunt,'' he told the competitors.

One of the attractions for competitors was having access to places they would never usually see.

The weather forecast was for a southerly change, with rain and possibly snow on the mountain tops, Mr Feron warned the hunters.

Last year's bunny hunt had the lowest tally in more than a decade - 7478 rabbits - but team numbers were also lower than usual because of a shortage of hunting blocks.

This year's 27 teams of 12 hunters were from all over the country and the bulk were regulars such as the Southern Hopper Stoppers and Blasted Bunnies.

And as for the rabbit tally forecast?

''There's thousands of rabbits around so I'm quite confident numbers will be up,'' Mr Feron said.

Teams will display their haul in Pioneer Park from noon today.