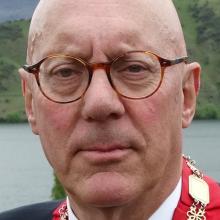 Jim Boult.
Delta has responded to an urgent request from the Queenstown Lakes District Council seeking assurance that  residents and visitors in the tourist town will be safe in the wake of allegations the company had neglected to replace dangerous poles across the district.

What Delta has advised the council, however, will not be made public until next week, after the council has had a chance to consider it.

Maps showing dangerous poles in Central Otago and Queenstown-Lakes towns were leaked to the Otago Daily Times this week. Mayor Jim Boult told the newspaper the Queenstown Lakes District Council  asked Delta on Thursday for an "urgent response" and a plan — at least in the short term — to ensure the safety of  residents and visitors was not compromised by dangerous poles.

Maps leaked this week show the locations of the condition zero and condition one poles across the Dunedin, Central Otago and Queenstown-Lakes networks.

According to the map, there are more than 80  such poles in and around Queenstown and Frankton alone.

"It’s disappointing to find that we have that number of at-risk poles in our district,’’ Mr Boult said.

"Our concern is for danger to our residents and visitors, obviously.

"We have asked Delta for ...  a plan as to how they’re going to deal with those at-risk poles in the short term."

Mr Boult said late yesterday Delta responded to that request and the council would consider it before making any further comment.Central Otago Mayor Tim Cadogan said he had been advised Delta’s owner, the Dunedin City Council, was taking the matter seriously.

"If the information released to the ODT is accurate, both in the number of poles in the Central Otago area operated by Delta and the definition of what dangerous is, then obviously it’s got to be reason for concern," he said.

He met Dunedin Mayor Dave Cull yesterday,  who assured him the city council had sought an urgent review and hoped a preliminary report on the issue would be available by Monday. Mr Cull told him as part of that report, Delta would be looking at the implications of the matter for Central Otago. There was nothing further to say until the outcome of the report was known, Mr Cadogan said.

The information given to the  ODT noted dangerous poles were highlighted in the rural parts of Delta’s network, as well as the urban parts.