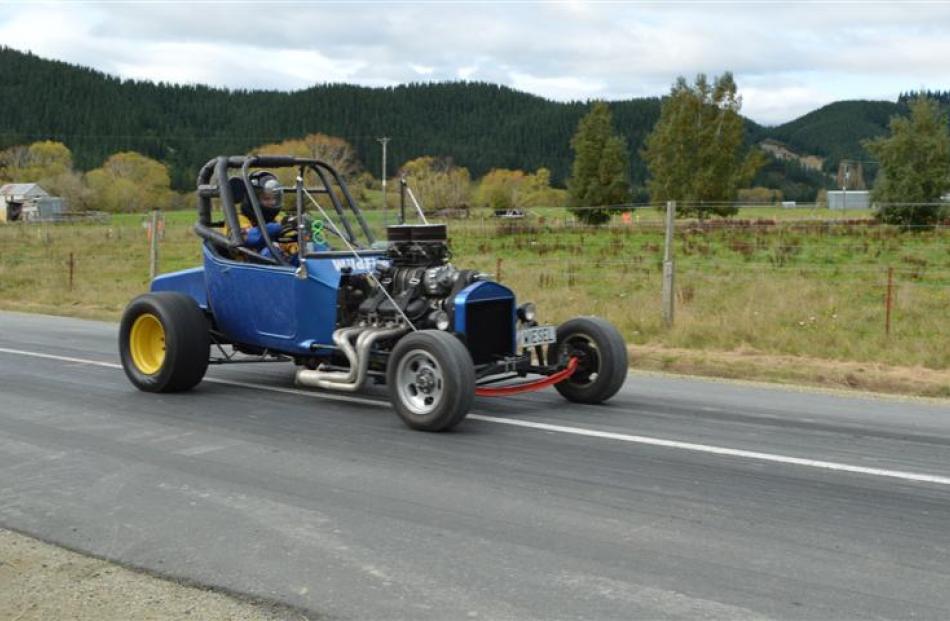 Eric Eaves, of Gore, charges down the Wetherstons straight in his Ford T Bucket at the Lawrence quarter-mile yesterday. He clocked the fastest time of the day - 10.80sec. 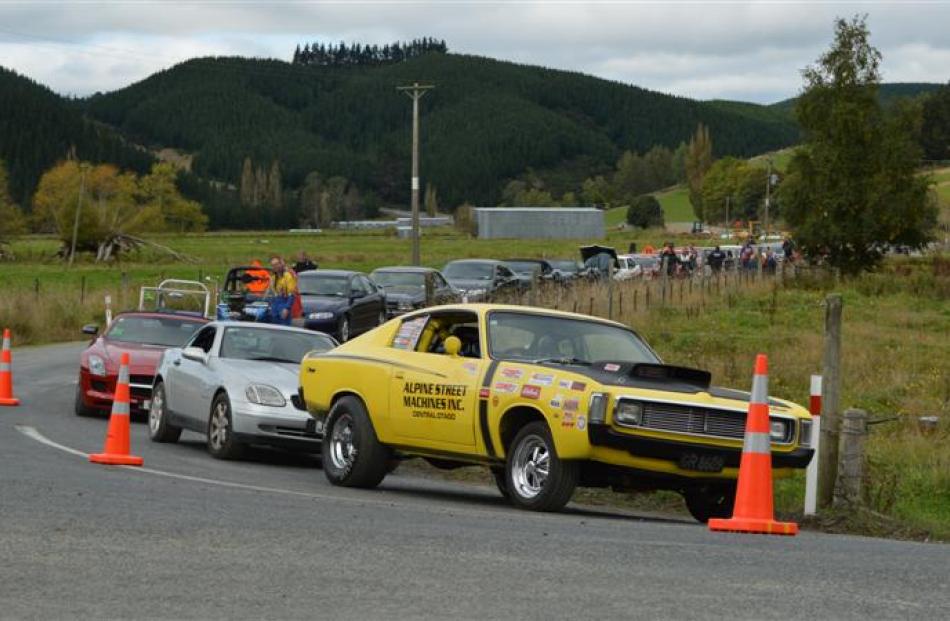 Drivers line up their cars at the Lawrence quarter-mile yesterday. Photos by Helena de Reus.

The roar of engines and the smell of burning rubber hung in the air at Lawrence yesterday.

Rain on Saturday forced the postponement of the Lawrence quarter-mile until yesterday, meaning a much smaller crowd for the popular annual event.

Although dubbed the ''Lawrence quarter-mile drags'', the event is actually a sprint, as each car races 402m solo down the Wetherstons straight in a bid to record the fastest time.

Lawrence Car Club president Bill Bazley said while spectator and driver numbers were down due to poor weather and several other events, the sprints went well.

It was only the second time in the event's 22- or 23-year history that poor weather had caused it to be postponed, Mr Bazley said.

Forty-six drivers raced down the Wetherstons straight, with no crashes.

The 9.4sec record set about seven years ago remained unbeaten. Eric Eaves, of Gore, clocked the fastest time of the day in his Ford T Bucket for the second year running - 10.80sec, winning him the open section.

He was slightly slower than his time last year of 10.48.

The five categories were altered this year due to the lower number of competitors.

All money raised at the event goes to local emergency services.