Dairy farm pollution of a "magnitude and scale a lot higher" than found last season, with effluent finding its way into waterways, has been described as "disgusting" by Otago regional councillors.

The regional council got tough on dairy farm pollution last season - between September and February - taking 25 prosecutions in the hope it would improve compliance.

This season, 21 prosecutions, involving 18 dairy farms, have been initiated.

The council also issued 23 warning letters and gave out four infringement fines of $750 each, compared with 18 last season.

Of the 21 prosecutions, two involved repeat offenders, both from Clydevale.

Seven of the cases came from Clydevale, four from elsewhere in South Otago, three North Otago, two southwest Otago, two from Milton and one each from the Taieri and Kaitangata.

The action comes after council staff inspected Otago's 379 dairy farms during the season.

Compliance manager Martin King said in a report to council the level of offending remained high and in some situations the offending was "of a magnitude and scale a lot higher than found last year".

Problems included a lack of maintenance of effluent systems, overflowing storage ponds, and insufficient upgrading of infrastructure to cope with increased stock numbers.

Cr Doug Brown said there seemed to be a small group with a "blatant, arrogant disregard" for the council's water plan which was giving the entire industry a bad image.

Cr Michael Deaker said "disgusting" was the only word to describe the behaviour. He called for the council to name offenders.

Policy was to leave naming offenders to the court.

Chief executive Graeme Martin said most farmers gave excuses, not reasons, for their non-compliance, with one farmer saying he did not have enough money to increase storage on his property: the reason for that was he had just bought a second farm, Mr Martin said. 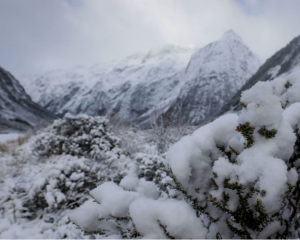 Rest of July predicted to be chilly