Dredging for a solution to silting problem 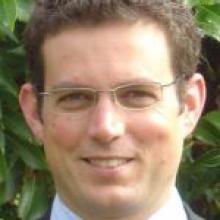 Neil Jorgensen
A trial dredging of Oamaru Harbour next month could provide a long-term solution to keep the harbour clear of a build-up of sand and silt.

The Waitaki District Council has contracted Whitestone Contracting Ltd to dredge the harbour mouth in an experiment that may also help build up protection along the Oamaru foreshore from erosion by the sea.

The council has had ongoing difficulties with the harbour entrance for decades, using various methods, including the costly exercise of bringing a dredge to Oamaru, to keep it open and safe for fishing and recreational boats.

Now, the council's assets group manager Neil Jorgensen hopes it may have come up with a permanent solution.

The council is going to trial using a small barge or pontoon with a large suction pump and hose to suck up silt from the harbour entrance and harbour.

The material will be put back into the sea current in the hope it will build up along the foreshore north of Holmes Wharf.

Initially, it was hoped to start trials this month, but the late arrival of a pump delayed the operation.

Now, it is planned to have the work start early, or by the middle of, next month.

"If the trials are successful, it will mean we have an ongoing solution that can remain at the harbour and be used whenever it is needed," he said.

The council, through Rooney Earthmoving, had recently unsuccessfully tried to dredge the harbour entrance using a digger with a specially imported long reach arm and bucket.