Early spring not welcomed by all 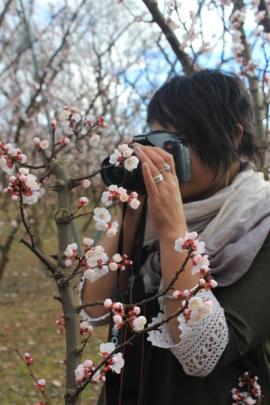 Clyde photographer Hannah Cameron Randall was making the most of the warm afternoon in Cromwell this week, taking pictures of Mark Jackson's Sundrop apricot blossom. Photo by Sarah Marquet. 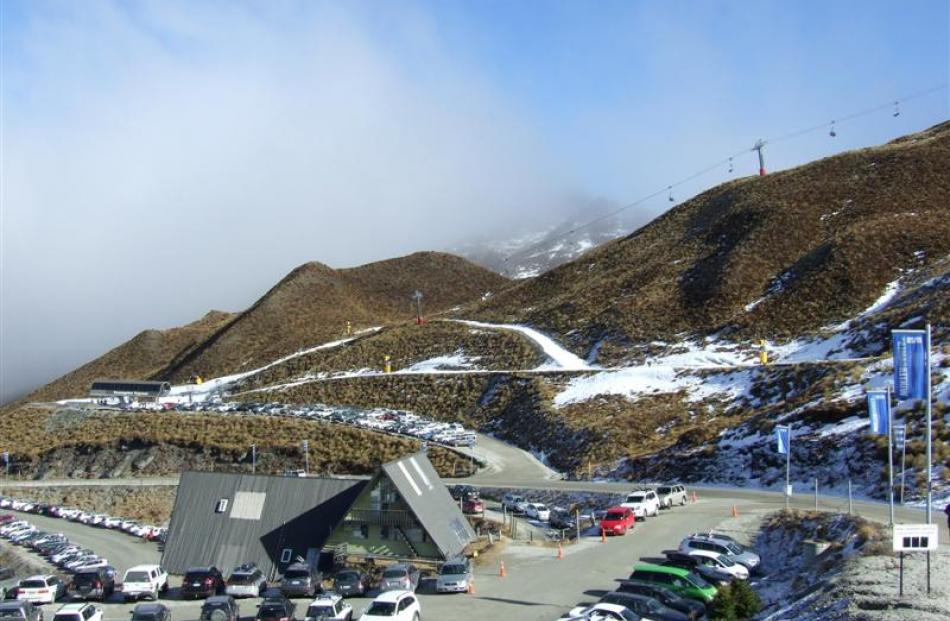 The area around Greengates Express on Coronet Peak yesterday. Photo by Christina McDonald.

The early arrival of spring in Central Otago and the Lakes District may be welcomed by many but the warm temperatures have caused problems for skifield operators and concern from orchardists.

Cromwell orchardist Mark Jackson said it was the earliest flowering he had seen. He attributed it to the mild winter but said it would not necessarily equate to an early harvest.

Early blossom was more susceptible to weather changes and while the area was experiencing warm temperatures, he did not expect it to last.

Spring conditions at Coronet Peak have left large areas of the mountain bare of snow.

Although Winter Games races were able to go ahead - with the skifield yesterday hosting day two of the Adaptive World Cup - ski area manager Ross Copland admitted ''we're quite embarrassed about our bald patches''.

He said 95-98% of the runs were still being groomed and attributed the bare patches to the ''nature of the terrain'', that of rolling exposed hills.

The area around the Greengates Express chairlift is particularly bare but the main trails closer to the base building are well-groomed.

''We don't have a big issue around closing any runs,'' Mr Copland said, adding ''the main trails are the same as they always are at this time of year but it would be nice to get something fresh on top''.

''We've got a massive arsenal of guns sitting there ready ... [and] we really only need two good cold nights,'' he said. He said a rumour the skifield was about to close was untrue.

MetService has forecast cold temperatures for tonight and tomorrow night and Mr Copland said while he does not pay much attention to long-range forecasts, ''we know we are due for it [snow]''.

''It's semi spring-like conditions: firm in the morning and soft in the afternoon.

''It has been a great season to date and it's shaping up to be a great spring.''

Mr Jackson said a cold snap could hit Central Otago's flowering orchards at any time, and they were ready should that happen.

A cool spring could set back fruit development and growth and ''we could lose that 10 days''.

In the meantime, he was hoping for more afternoons like yesterday - warm and calm: ''It's what the bees like.''

Other stonefruit such as nectarines and peaches would begin flowering within a week and the cherries would follow soon after, he said.

Meanwhile, Coronet's bare patches come on the back of NZSki's third skifield, Mt Hutt, yesterday announcing an extended season, with the field due to close on October 13, a week later than scheduled.