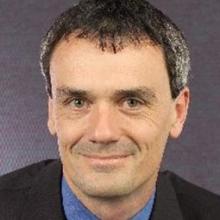 The council is monitoring air quality in eight towns in Otago this winter, and has plans to add two more to the system - Oamaru and Lawrence - in an effort to meet national environmental standards.

The target is for the average daily PM10 level (particles less than 10 microns in diameter) not to exceed 50mcg per cubic metre in a 24-hour period, more than once a year.

However, five towns - Alexandra, Arrowtown, Clyde, Cromwell and Milton - have exceeded the level on several occasions already this winter.

ORC environmental information and science director John Threlfall said usually, failures of this level occurred from June, but this year, they started in April and May in Central Otago towns and Milton because of still, cool weather which trapped smoke from solid-fuel burners near the land's surface.

"It was the right conditions for inversions."

The number of high readings was increasing as the season progressed, the maximum readings for winter getting higher every week, he said.

The most recent results showed Alexandra reached a PM10 daily average high of 117mcg per cubic metre on June 14, and Milton, 112mcg on June 12.

"It's getting colder, more people are lighting up and inversions are lasting longer."

Clyde, which was included in a separate category in the regional air plan's airshed 1, had breached the standard 12 times to May 28, which meant it was a foregone conclusion it would be included in airshed 1 after a review in September, Mr Threlfall said.

Both Dunedin and Mosgiel had also failed occasionally, the most recent results showing both exceeding the average daily PM10 level on June 12 with readings of 61 and 53 respectively.

It was hard to compare different years' results, because of variables such as climate and moves to get people to burn more efficiently, Mr Threlfall said.

The council had embarked on a publicity campaign to raise awareness of the problems throughout the development and implementation of the air plan.

"The number of people changing is at such a low percentage that it is not expected to cause real changes."

However, the more people embracing the clean-heat message, the more momentum it would get, which would make a difference in the long term, he said.