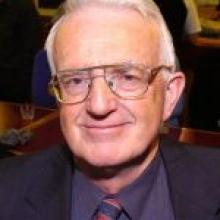 The road, popular with locals and tourists, has already had to be repaired or diverted around areas of coastal erosion, and a draft strategy prepared by the Waitaki District Council estimates it could cost almost $20 million to keep it open as the sea kept cutting it.

The council has made no decision on what to do, but has prepared a draft coastal roads strategy which will now go out for public consultation.

Mr Familton described the draft strategy as a "good one".

"There is a very high risk in continuing to keep the ocean away from the road.

"We could spend millions and still end up having to retreat, anyway."

The strategy was one way of putting pressure on the Government to assume some of the costs of coastal erosion.

The council would make representations for the route to be designated a tourist route, which would then mean the Government met some of the costs, he said.

There was very little discussion by councillors about the strategy, which divided the road into seven sites and recommended any portions threatened by coastal erosion be abandoned.

Assets group manager Neil Jorgensen said the route had been "a well appreciated drive for many years".

"The beauty of a drive along the side of an ocean is a privilege often enjoyed by those lucky enough to pass that way," he said.

However, he felt there was no choice but to recommend the council adopt a strategy abandoning portions of the road as they became unsafe because of erosion.

"It would be lovely to be able to recommend the route be retained, but from an economic perspective, this is just too tough an ask," Mr Jorgensen said.

The strategy looks at options for maintaining the road in the face of coastal erosion, but reaches the conclusion portions will have to be abandoned when threatened.

It has also investigated other routes to provide access to properties along the road and found that could be done by existing inland roads.