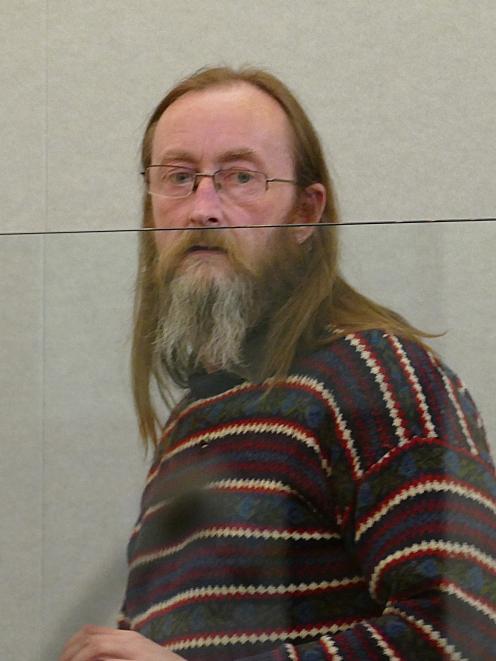 John Hellewell ran two chat sites centred around the trading of child-abuse material. PHOTO: ROB KIDD
An Oamaru man who ran an international online child pornography ring has been jailed for four years, in what could be a New Zealand first.

John Ritchie Hellewell (49) was locked up for 20 months for almost identical crimes at the end of 2016 and Judge Kevin Phillips, in the Dunedin District Court yesterday, said he showed a disturbing lack of remorse.

"When you were released, you really just got back into it," he said.

"You didn’t, in any way or in any manner, take into account the children that were being sexually abused to provide you and your ‘friends’ their sexual release."

The defendant explained it: "The further down the rabbit hole, the easier it is to shift the boundaries and to fully remove them."

A report was filed at the National Centre for Missing and Exploited Children, which contacted New Zealand Customs a couple of months later.

The objectionable files were traced back to a New Zealand internet service provider and a particular Samsung cellphone.

Investigators focused on two accounts run by the defendant.

Other iterations of the account had been previously shut down, the court heard.

When asked by another user what he was into Hellewell said: "Ultimately depends on the boy and situation, but especially like boys 4-14."

Two of them were defined by law as "organised criminal groups", a charge usually laid against gang members.

Hellewell, the court heard, was a co-administrator, which meant he could invite new members, ban people and change the chat name or profile picture.

"Each group’s objective was to obtain objectionable publications depicting the sexual exploitation of children from the groups members, including members based overseas," court documents said.

During one exchange, a user expressed feelings of shame about his involvement — but Hellewell stepped in to reassure him.

Counsel Rhona Daysh said though her client was a group admin he was not a "kingpin".

"A lot was social banter, communicating with other people."

Hellewell had lived in a "fantasy world" from an early age.

"This is not fantasy, this is actual young children," Judge Phillips said.

The defendant told Probation he no longer felt pity or sadness for the abused children and had to ignore the harm being inflicted to enjoy the material.

Chief Customs officer of the child exploitation team Simon Peterson said it was possibly the first time this type of charge had been pursued in New Zealand, in the context of objectionable publications and specifically child sexual exploitation material.

"But that’s exactly what this man was doing: actively participating in, contributing to and in many ways determining the course of these online groups, whose sole purpose was to revel in the unimaginable distress of child sexual abuse victims."