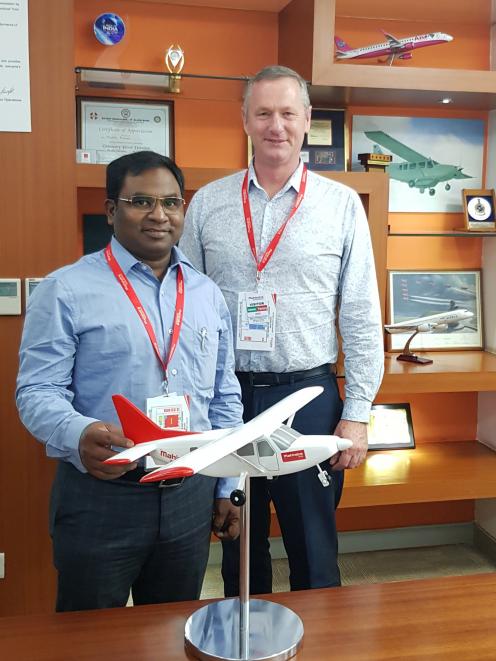 The first batch of 15 trainees are expected to arrive in August.

Waitaki Mayor Gary Kircher travelled to India for the announcement to show the district's support for the flight school's new partnership and training programme.

Speaking from Bangalore yesterday, he said the expected growth of the flight school was ''definitely sustainable''.

Its predicted expansion at the under-used, Waitaki District Council-owned airport was one of the drivers of the council's Oamaru Airport master plan.

''Having the credibility of working with AirAsia, there's definitely potential for other airlines to get on board and utilise [New Zealand Airline Academy],'' Mr Kircher said.

''It's taking that under-utilised asset and putting it to very good use and creating some really good jobs along the way.''

Between the AirAsia India deal and the flight school's own recruitment, it would lead to potentially 80 students at any one time training in Oamaru, Mr Kircher said.

Council chief executive Fergus Power said each new trainee was anticipated to bring about $100,000 into the district, ''through fees, incidental expenditure and expenditure of visiting friends and family''.

AirAsia India head of operations Captain Manish Uppal told Indian English-language daily Deccan Herald the first tranche of cadets would be ready to fly in India - the second-fastest growing domestic aviation market in the world by passenger volume - in 2021.

The Press Trust of India reported an 18- to 24-month-long course would begin with a screening process at Harrison Omniview Consulting, then a four-month ground training programme in New Delhi, before trainees were sent to New Zealand.

New Zealand Airline Academy director Jonathan Manuel said the need for new pilots was immense, ''and our people can help deliver them''.

''AirAsia is the world's fastest-growing airline among all commercial carriers with fleets larger than 20 aircraft.''

Sounds interesting. But why here in NZ? surely India or Malaysia (where AirAsia's HQ is) have basic Cessna/light aircraft training schools? I could understand if Oamaru has a 737 or A319 landing strip.