Another 385ha to be irrigated by scheme 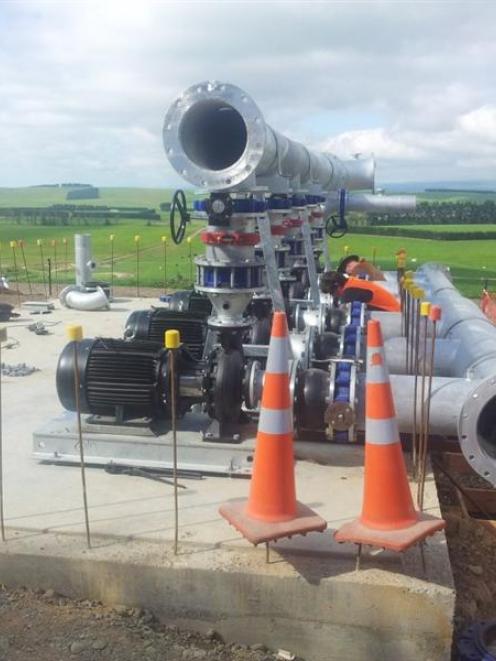 That initial investment of $67 million commissioned in 2006 to ultimately bring irrigation to 26,000ha on the North Otago Downlands, Waiareka Valley and eventually the Kakanui Valley has now grown to an asset of $75 million.

The new expansion, worth $3.5 million, has been financed by a combination of shareholder equity and company borrowings.

''This time last year, we were celebrating the commissioning of an 800ha expansion in the Tilverstowe area and we were planning the next development project,'' company chief executive Robyn Wells said on Thursday.

''Next week, the commissioning of the Five Forks extension takes us one step closer to making water available to the widest possible area of North Otago for the benefit of the water users, the community and environment.''

This was another milestone in the company's expansion plans.

As a shareholder farmer, company chairman Leigh Hamilton said there was a long-awaited opportunity for the Kakanui Valley to share in the Waitaki water resources, further contributing to the future wellbeing of the region.

''We are now turning our attention to the business case to expand the irrigation scheme into the Kakanui Valley area,'' he said.

An information meeting at the Five Forks Community Hall on Thursday from 10.30am to 1.30pm would discuss the opportunity for water in the Kakanui Valley.

The North Otago Irrigation Company was a recipient of Ministry for Primary Industries Irrigation Acceleration Funding and the 2012 Innovation in Irrigation Award.