Association finally has a place to call its own 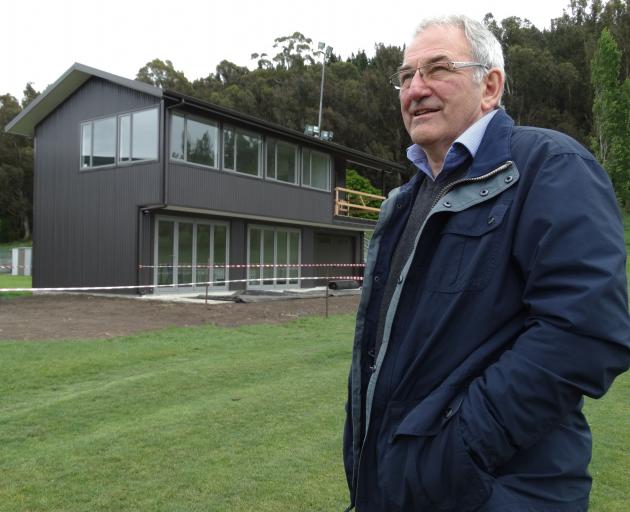 The association's $360,000 pavilion at Centennial Park, next to the Excelsior Sports Club rooms, is close to completion after years of planning and several months of construction work.

North Otago Cricket Association chairman Peter Cameron said the pavilion was used for the first time at an under-17 tournament last week and the small amount of work that remained would be completed in time for the three-day fixture between Otago A and Canterbury A on November 11-13.

After a long wait, he said it was the first time the association had a place to call home.

"The North Otago Cricket Association has been around for 119 years, so it's taken that long to have our own permanent home.''

The ground floor will mainly be used for storage and for players to shelter from wind or rain.

Scorers and team management staff will be based in the upper level on match days and the association's development officers will work from there during the week.

Mr Cameron said previously, the association essentially ran its operations out of ``garages and bedrooms''.

An agreement has also been reached with the Excelsior club for players to use its facilities, such as changing rooms, and for post-match functions and presentations.

"Excelsior has worked in well with us during the period of time it's taken to get our pavilion to the stage that it is. We are not duplicating anything in our pavilion that Excelsior provides to us.''

The building will be named the Payne Pavilion after long-serving groundsman Russell Payne, who has volunteered at Centennial Park and other North Otago grounds, including Waitaki Boys' High School, for about 40 years.

"For what he has contributed we will call it the Payne Pavilion and I think that's also recognition of his wife, Denise. Without her ... he couldn't have achieved for us what he has done for very many years.''