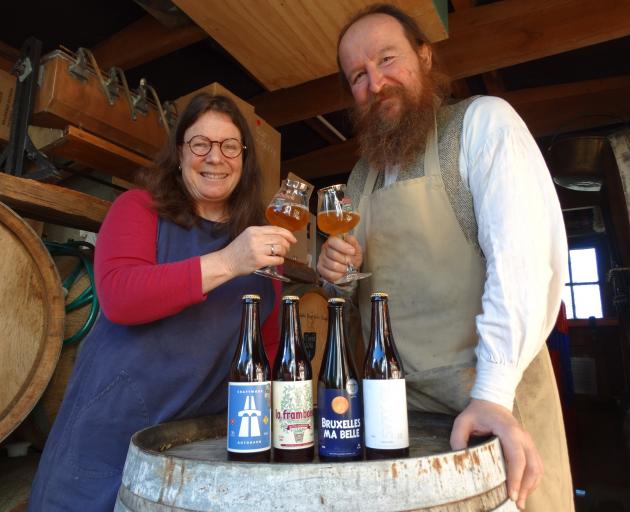 The Tyne St-based Brewery, established in 2015, entered four of its sour beers and came away with the same number of medals when winners were announced late last week.

Craftwork Brewery co-founder Lee-Ann Scotti was proud of what the brewery achieved at the awards and said it proved to her and fellow founder Michael O'Brien that Craftwork could compete with the world's best.

``I guess it is making us more confident because it's an international competition. We're winning a gold medal in a category a lot brewers in the world, in Belgium anyway, are entering and we are out-performing them.''

While Autobarn was the top performer, Ms Scotti was delighted the la Framboise and Bruxelles Ma Belle - examples of ``fruited lambic'' beer - had a strong showing.

``A lambic is a beer that has been spontaneously fermented, which means it's pretty much left for the open air to inoculate it ... we take the wort (liquid extracted from the mashing process during brewing) outside in winter. You need to have very cold air. It's a very traditional beer style that's becoming more and more popular. It's like film photography, as opposed to digital. You don't know what you're going to get.''

Two of the beers, the Autobarn and Svak OL were created with Wellington's Choice Bros Brewing and Christchurch-based Wilderness Brewing respectively.