Bridge to be closed for safety reasons 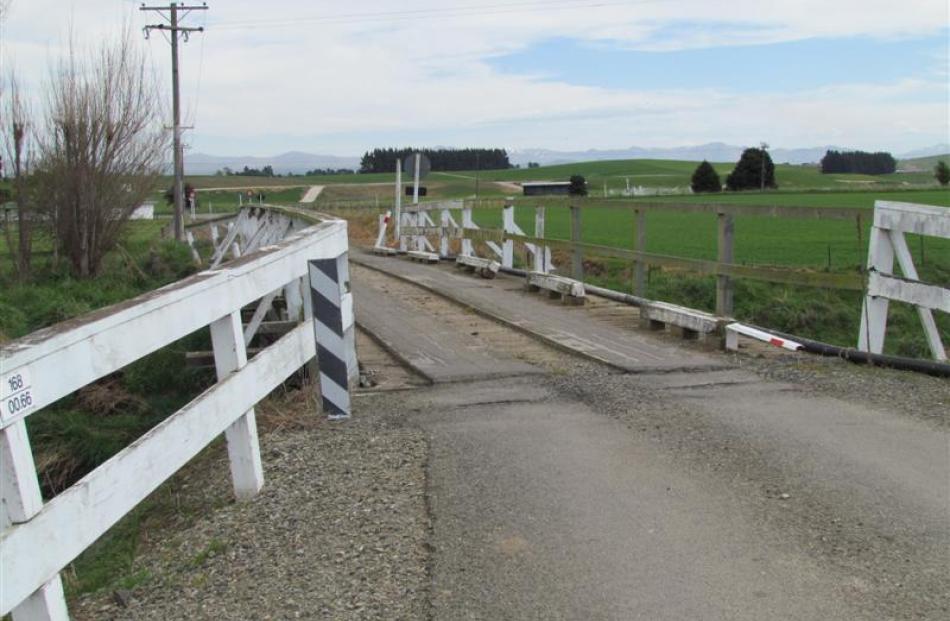 The Enfield bridge will be closed from July 20. Photo by David Bruce.

An Enfield bridge is to be closed for safety reasons, seven years after issues about its deteriorating structure were raised by the Waitaki District Council.

A report in 2008 questioned the future of the Slaughter Yard Rd bridge, a single-lane wooden structure more than 100 years old.

However, speed restrictions and a weight limit kept the bridge going.

Last year, the bridge's future was raised again, including a meeting with the local community to discuss options and alternative routes if it was closed.

Now, continued deterioration of the bridge timbers has made it unsafe for vehicles and it will be closed from Monday, July 20.

Council roading manager Michael Voss said the load-bearing timber was decaying, something that had been gradually worsening.

''We have squeezed as much life from the bridge as we safely can but now the deterioration has reached a stage that makes the use of the bridge unsafe,'' he said.

The key issue from the closure would be the future of Slaughter Yard Rd access between Enfield and Coal Pit Road.

The council would discuss options soon, including replacing the bridge or upgrading Battersby Rd.

''Any decisions on the future of the bridge will not be made until we have consulted with the public, ensuring we reach the best possible outcome,'' Mr Voss said.

Last year, it was estimated a new bridge could cost $320,000 and replacement would depend on funding from the New Zealand Transport Agency.

Issues discussed last year included alternative routes, stock movement by farmers adjoining the road, high use of the bridge during flooding and other uses for the bridge, from using it as a wash-over culvert to turning it into a cycle-pedestrian bridge which could still be used by stock.