By Ruby Heyward
0 Comments
Ali Brosnan has gone out not with a bang but with a snip.

For the past 52 years, Mr Brosnan has cut the hair of countless people in Oamaru, watching as families expanded and children grew older - he often cut hair down through the generations.

His final haircut was no different. Last night, Mr Brosnan completed his last haircut on the grandson of his first client.

Mr Brosnan was 16 when he started his four-and-a-half year apprenticeship at the Steenie Browne Hairdressing Salon.

A couple of days prior, he had his hair cut at the salon and his mother suggested he become the man behind the chair - so he did.

Mr Brosnan’s first subject was Laurie Campbell, of Campbells Butchery, before he was technically allowed to be cutting hair.

Mr Campbell came in to the salon and said, "Cut me hair, boy," - and Mr Brosnan did as he was told, as his boss, Mr Browne, supervised.

Mr Brosnan even gave Grant’s "adoptive" grandchildren Loui (5) and Mason Seddon (21 months) a little trim off the top while he was at it.

"There’s been a lot of family business - a lot of it has been second, third and fourth generations because I have been around that long," Mr Brosnan said.

"You don’t think you’re that old, but obviously you are."

Mr Brosnan was born and bred in Oamaru, and having always wanted to be his own boss, he opened Ali Brosnan Family Hair Care in 1974.

His career was "long and eventful" - and at one point, he managed 12 staff.

When he sold his business to Vivo four and a-half years ago, he enjoyed working at a different pace as he let go of the responsibilities of managing a business.

"I wish I had run my business the way they run theirs," he said. 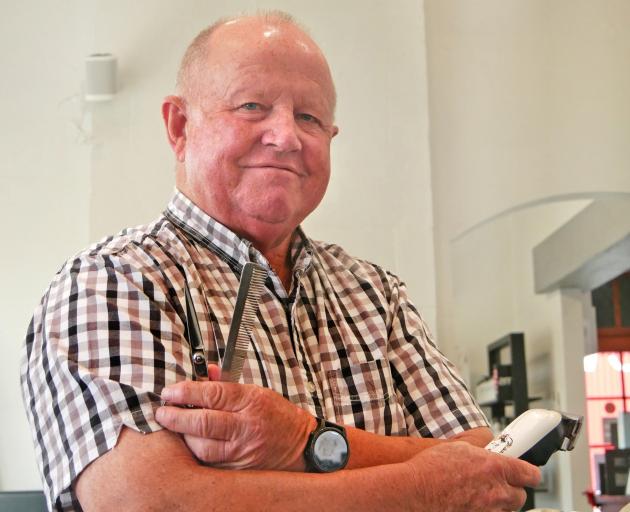 Before selling, Mr Brosnan often worked long hours, and could be doing a haircut every 10 to 15 minutes.

His favourite style to cut was the tried-and-true short back and sides.

Hairdressers did much more than cut hair. Mr Brosnan said they often became the "confidant of the person in the chair".

"You’d get told things that have to stay with you."

For some people, their hairdresser was the only real contact they had outside of their family, the 68-year-old said.

It was "quite nice" to help people where he could, he said.

Now retired, Mr Brosnan would keep himself busy as the Oamaru Licensing Trust’s chairman and by playing golf.

"It’ll be just nice to not have the pressure of having to be in the one spot all the time."