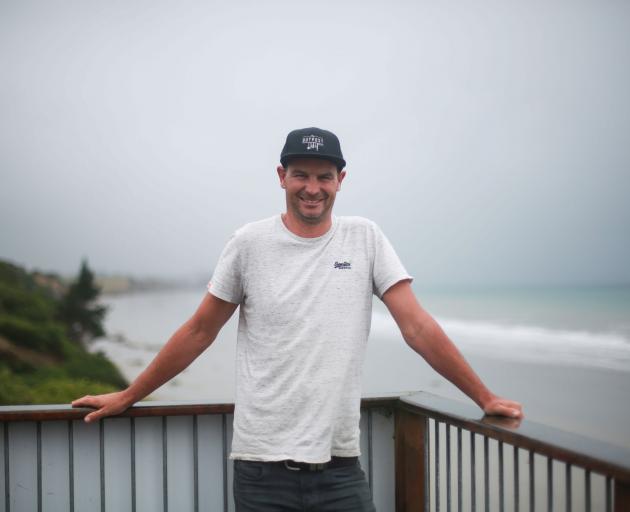 Scott Johnston is looking to move on from 14 years of running the Moeraki Boulders Cafe and Bar. PHOTO: REBECCA RYAN
Things are going full circle for Scott Johnston and his family.

The Moeraki Boulders Cafe and Bar owner and his family are selling the business.

After 14 years of cooking blue cod and pies, and everything else which goes with running a busy cafe, the family are selling the business and looking to move on to a new chapter in their lives.

Moeraki Boulders Cafe and Bar owner Scott Johnston bought the business in 2008 and in that time has served seemingly countless visitors.

Mr Johnston said it had changed a lot over his time.

"Obviously, it has been different in the past couple of years but it is always about who is on the road above. If the road is busy then we will be busy. If it is not, then we won’t be busy either," he said.

"Long weekends, over Christmas, you are busy. We have 120 seats, 40-50 outside and all of them roll over pretty quickly."

Trade was obviously down since the closure of borders in the past couple of years but he said there was still plenty to do.

The Boulders were still a major attraction for everyone and Mr Johnston said he never tired of them.

"They still blow me away. It is one of the things to do when you are in New Zealand.

"It features in Lonely Planet books."

People did a tour down to the boulders, then checked out the sheep and alpacas on the way back.

Mr Johnston (41) said up until a couple of years ago, the business opened every day of the year.

"We used to open Christmas Day. The buses would come and we would be open. We would be looking at 100 to 120 hours a week at one stage. We would do all different things — other functions, weddings, 21st birthdays. Just busy all the time. But you wanted to do it. If you’re committed you do it.

"The last couple of years we have had Christmas Day and Boxing Day off."

At the cafe’s peak, the couple had a staff of about 20 but it was fewer now due to the effects of Covid 19.

Blue cod and seafood chowder were popular with patrons. He said any new owner had plenty of opportunities for growth.

He owned a cafe in Waikouaiti so he would continue to have a business in the area.

His wife, Sarah (41), and children, Fletcher (9), Cameron (7) and Charlotte (2), were already living in Wanaka. The future was not completely clear.

However, Mr Johnston has been here before.

In 2008, he was working as a builder in his home town of Wanaka and work was drying up. So the couple bought the cafe and never looked back.

Now, though, they have reached another fork in the road.

"I think it is now time to do something different. Have some family time."