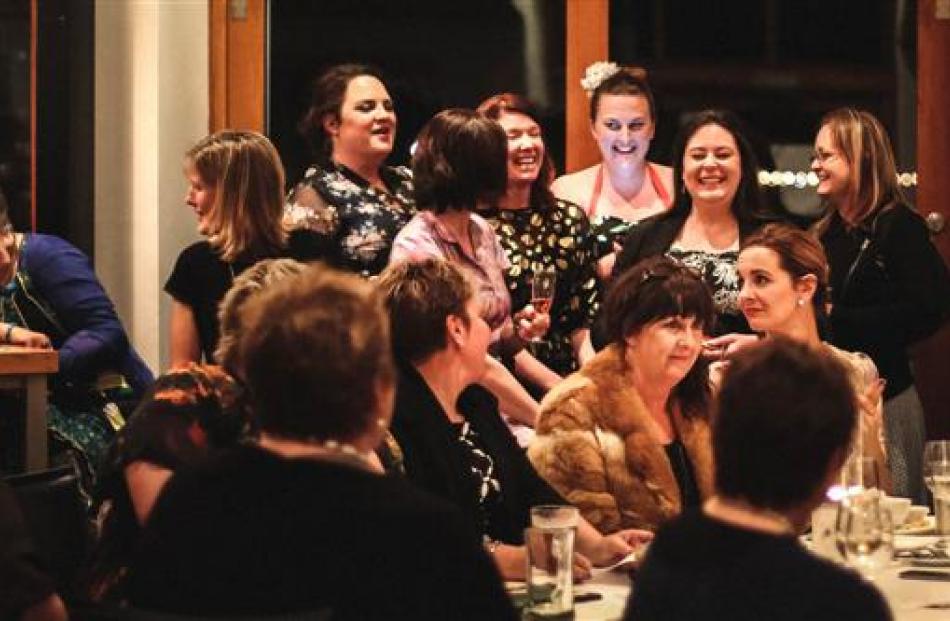 North Otago women gather for the Frock Friday auction, held to raise money to support baby rescue and treatment in the slums of Cambodia. Photos by Rebecca Ryan. 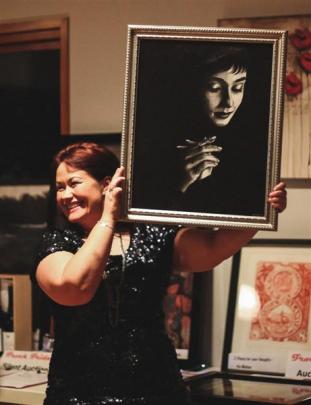 The North Otago community has raised more than $20,000 in less than a month to support a baby rescue project in the slums of Cambodia.

On Friday night, a ''Frock Friday'' event was held at Portside Restaurant and Bar in Oamaru, with North Otago women raising $9382 for the cause.

Event organiser Bernadette Hyland said a Frock Friday was also held in Moeraki last month and both events combined had raised more than $20,000.

''That's just quite remarkable, really. We're absolutely over the moon with that.''

Local businesses and artisans donated items for auction and as raffle prizes and a $10 entry fee went straight to the cause.

The support from local businesses for both events was ''absolutely'' the key to success, Miss Hyland said.

Money raised would go to a registered charitable trust and because everyone involved with the Baby Rescue project was a self-funded volunteer, all of the money raised went directly to the project.

For Miss Hyland, a trip to Cambodia two years ago was the catalyst for the fundraising drive, which has now raised more than $47,000.

It was following a medical team for a clinic in the slums of Phnom Penh that really struck a chord.

She met a young mother who had HIV and was unable to breast-feed her 5-month-old baby.

''This baby was surviving on the water that rice is cooked in.''

Infant formula cost $US10 a tub and families living in slums simply could not afford it, leaving their babies to survive on rice water mixed with sugar, she said.

Miss Hyland bought the woman a two-month supply and was sent regular updates on the progress from the One2One medical team when she returned to New Zealand.

''The change in this baby was just remarkable and that was what spurred me to think 'actually, that didn't cost me an arm and a leg to do that. Maybe I could do a little bit more with more money.''

Armed with a little money from family and friends, and the help of One2One Charitable Trust, Miss Hyland set up the Baby Rescue project and launched Frock Fridays.

Baby Rescue works with mothers and babies living in extreme poverty in the slums of Phnom Penh, in Cambodia, by providing food, vaccinations, medication and education to those in need.

The Frock Friday concept had become very popular and appealed to all age groups, she said.

''I know we're cutting out half of the demographic by not including the men, but I think that's part of why it's so successful,'' she said.

''It's women getting together to help other women and babies.''

Miss Hyland grew up in Hampden and worked as a dental assistant at Cooper and Hunt when she left St Kevin's College.

She moved to Dunedin 17 years ago, but visits Oamaru regularly for work.

She will return to Phnom Penh next month to ensure the money raised is being spend as effectively as possible.