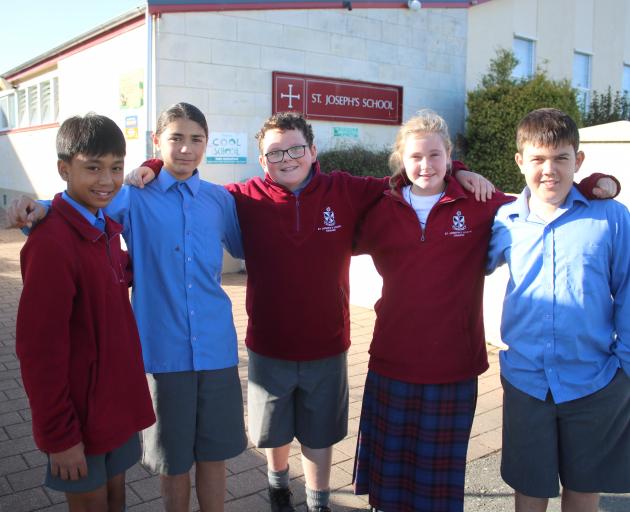 Originally Mrs Frances-Rees planned to film the production as a movie, but when she told pupils, they got excited about the possibilities of using a green-screen to fly like Harry Potter.

"That made me think, ‘Well if we’re doing it as a movie, we could do it completely differently’," Mrs Frances-Rees said.

So, it was decided the school would create a movie, rather than a production, and it would incorporate all of Waitaki, celebrating the diversity and talents in the school and wider community.

St Joseph’s had 16 different cultures represented at the school and pupils were recorded saying "welcome" in their different languages for the movie.

"It is really just an opportunity to bring people together and to make people feel like they belong and that they’re proud to be in this community — it’s celebrating who we are."

The school’s 110 pupils, from years 1 to 8, would all play a part — from drama, singing and music, to filming, technology and production work, Mrs Frances-Rees said.

Production began at the start of term 2, with intermediate-age pupils recording music, and lyrics, for the soundtrack. Kaycee-Mae Gibbins and King Melecio were providing vocals and Mrs Frances-Rees applauded them for taking on the challenge.

"I think it takes a lot of courage to sing on your own."

David Kilgour and Allan Roberts were loving the change from a production to a movie.

"I think it’s better because I don’t have to be on stage," Allan said.

Mrs Frances-Rees said the movie allowed pupils to explore their strengths and what they were interested in.

Film tutors Maddy Maxwell and Bridget Ellis will visit the school next month to help film scenes and assist with the camera work.

The movie is expected to be completed in four weeks.

Mrs Frances-Rees said she wanted to hold a community screening in August.