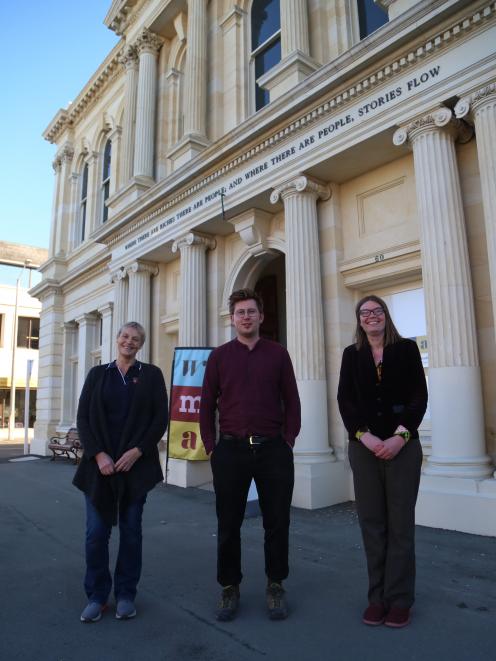 Stage one of the development was completed in December 2020, and stage two got under way last year.

The community trust grant would be used to improve the museum and archive’s collection storage and displays, including shelving for the store room, professional lighting for the new exhibition spaces upstairs, exhibition cabinetry and printing graphics and labels for new displays.

"We’re pretty much through the building work and this is getting into the specific museum and archive fit-out, so later this year, when we open the doors, it’s all looking as good upstairs as it does downstairs," Ms Searle said.

"We can’t wait to open the upper floor later this year and to share more of our district’s stories."

Otago Community Trust chairman Diccon Sim said when trustees visited the museum and archive late last year, they were impressed with the careful consideration that had been given to preserving Waitaki’s heritage in the best way possible.

"We are aware that the Waitaki community have spent quite some time exploring the best solution for the restoration of the Waitaki Museum and Archive and the Forrester Gallery and we recognise things as being well on track for the completion of a modern contemporary facility to showcase the Waitaki district’s heritage and collections," Mr Sim said.

The trust also approved grants for several other projects in May, handing out $1,391,793 to 31 community organisations in total.

IceInLine Central committee member Hugh McIntyre said the roofing project was the final stage of the development of the IceInLine facility.

The installation of a roof to cover the existing facility, along with new lighting, would transform the rink experience and extend the season.

"Regrettably, at the moment a number of competitions get allocated to other indoor rinks who can provide guaranteed ice surfaces," Mr McIntyre said.

"It is our hope that we can extend our season somewhat, with the ideal situation being to have the facility open from early May to the end of August."

It is the third grant the Otago Community Trust has approved for IceInLine Central since the group started its three-stage development in 2010.

Other grant recipients this month included the Order of St John ($50,000 to buy and fit out a new first response vehicle for the Wanaka area), Catlins Area School ($49,423 for court resurfacing), and New Zealand Red Cross Inc ($19,700 to expand its Settlement Youth Work Programme in Dunedin).