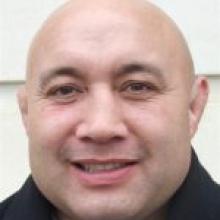 The community has taken a proactive approach to binge-drinking and associated behaviour, with Mr Hewitt's visit this week acting as a lever to boost the initiatives already in place against alcohol-related harm.

Mr Hewitt, a former All Black and Dancing With The Stars champion, had his own battle with alcohol, which peaked in 1999 when he was forced to admit he had a drinking problem after he smashed through a glass sliding door at a Queenstown apartment after a night out drinking.

Mr Hewitt said it was now 10 years since his life had changed, when he made the choice to change it.

He spoke at a public forum at Waitaki Girls High School on Wednesday night, with talks at other secondary schools on Thursday and Friday.

It was not about him telling communities what they had to do or coming in with any kind of great remedy to fix the problem.

It was more about "starting the conversation", Mr Hewitt said.

The culture around alcohol in every community had to be challenged.

It was not a youth issue, but an adult issue, and it was good that people were starting to talk about it.

"What I love about here, it's about ownership. They are . . . working out what works for this back yard."

On Wednesday night, an Out of Harm's Way contract was launched.

It was a contract between parents and their children which gave an opportunity for them to go through what to do if the child got into trouble.