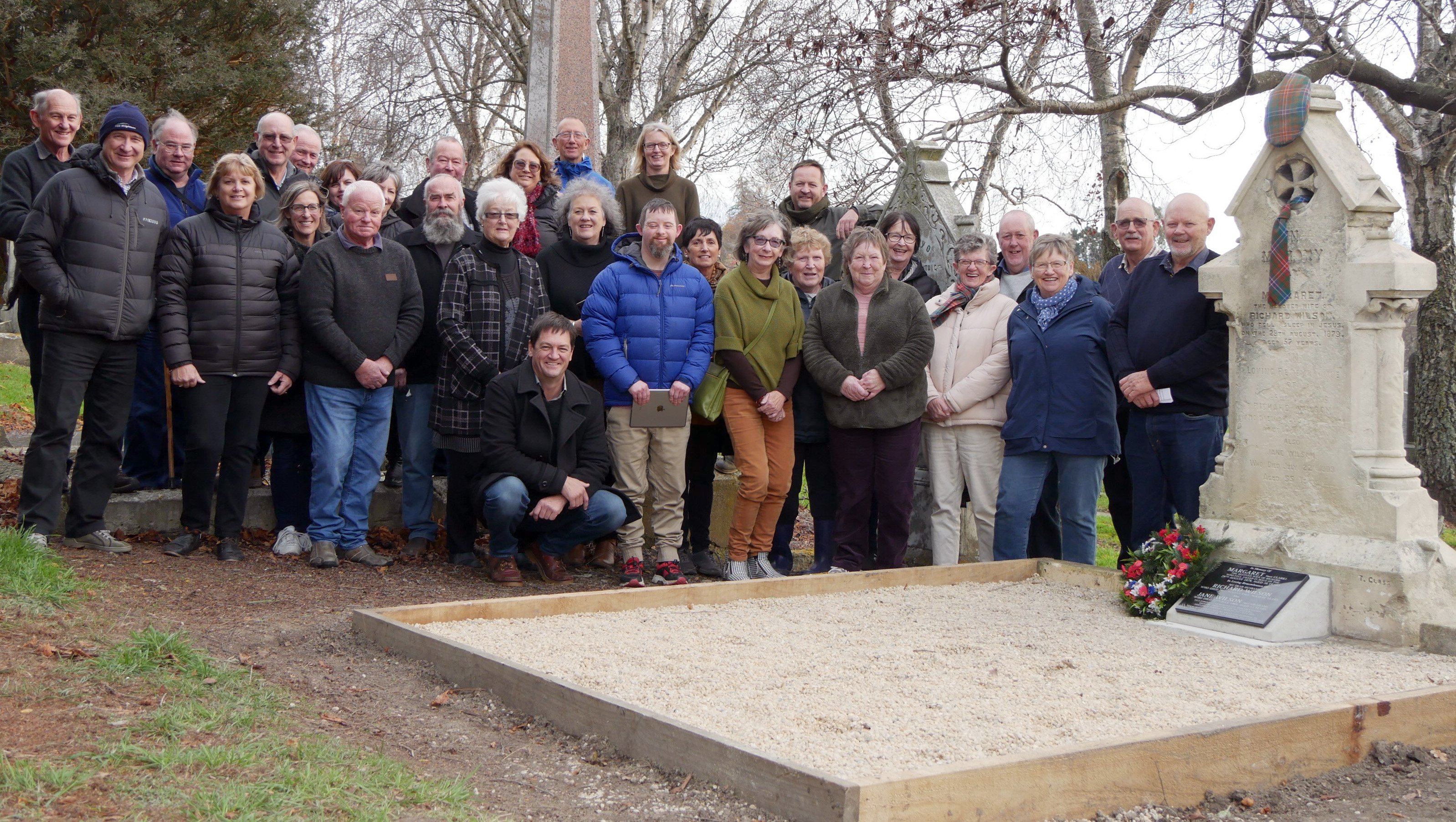 Descendants of Richard and Margaret Wilson gather in Oamaru to unveil a plaque in their memory. Photo: Ruby Heyward
Gathering at a grave does not always have to be a sombre occasion.

For the Wilson cousins on Saturday, it was a chance to reflect, and honour those who brought them all together - their ancestors.

In 1858, Richard and Margaret Wilson put down roots in Waitaki after a long journey from Scotland.

But their journey was not over when they reached the district.

The couple shepherded at least 18,000 sheep more than 163km from Oamaru to the Lindis Pass, where they managed a large farm.

Their memory has been brought to life with a plaque, 163 years later.

On Saturday, about 30 of the couple’s great-great-grandchildren made their own journeys to Oamaru from Nelson, Christchurch and Dunedin to pay homage to those who came before them.

The cousins gathered at the Oamaru Old Cemetery where Richard and Margaret’s grave had been beautified and the plaque installed.

One of the organisers of the unveiling, Barry Wilson, said it was great to have such a strong connection to the Waitaki district.

"We are all really proud of it," Mr Wilson, of Oamaru, said.

Alister Wilson, of Dunedin, said the grave was a real mess, so the cousins had cleaned it up and put some gravel down.

After realising they only ever saw each other at funerals, the cousins had been making an effort to catch up every few years.

This year was their fifth meeting, and although it was at a cemetery once again, this time it was a happy occasion.

The reunion was capped off with a dinner out at the Star and Garter restaurant.