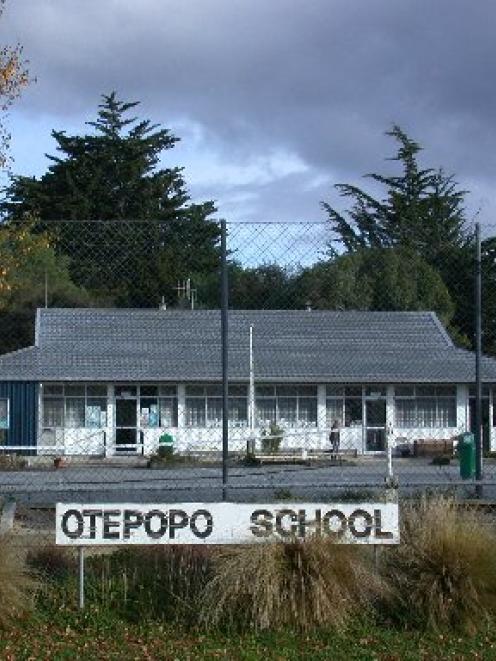 Otepopo School.
A report by commissioner Mike Allison on the troubled Otepopo School at Herbert has found a community concerned about the viability of its school and divided in its views over the future.

Mr Allison was appointed commissioner in March following the dissolution of the school's board of trustees after a critical Education Review Office report.

In a report to the Ministry of Education, which was released to parents this week, Mr Allison said the way forward was not clear.

There was a small, committed group of parents happy with the performance of the school and determined to keep it open.

It was supported by a larger group of concerned residents who felt strongly about retaining the school.

Both groups felt threatened by proposals from the former board to investigate merger options with neighbouring schools.

A large group of former school parents and board members felt alienated from the school and its management and had taken its children to neighbouring schools.

The group was critical of Otepopo School's ability to manage itself and to cater effectively for the children.

Inquiries into merger options came from these parents, before they removed their children.

The community had been divided and emotions raised that had clouded constructive debate.

If left unresolved, the issues and tensions had the potential to further damage the school and exacerbate community ill feeling.

The views of both groups should be respected, Mr Allison said.

Now the issues had come to a head, the time might be right for community reconciliation to begin, regardless of the outcomes for the school, he said.

A commonly expressed wish was that the community move on and heal divisions and restore relationships.

Although lessened by the intervention process, community tensions would remain until agreement was reached over the viability and future of the school, he said.

Parents had been invited to meet Mr Allison on his fortnightly visits to the school.

The purpose would be to work through issues, with a particular emphasis on the school's viability.

It would be prudent to open dialogue with neighbouring schools over plans for the future, so possible merger options could be debated without prejudice, he said.

School Trustees Association field officer Lynne Guy had been invited to the next commissioner-principal meeting to look at possible next steps.