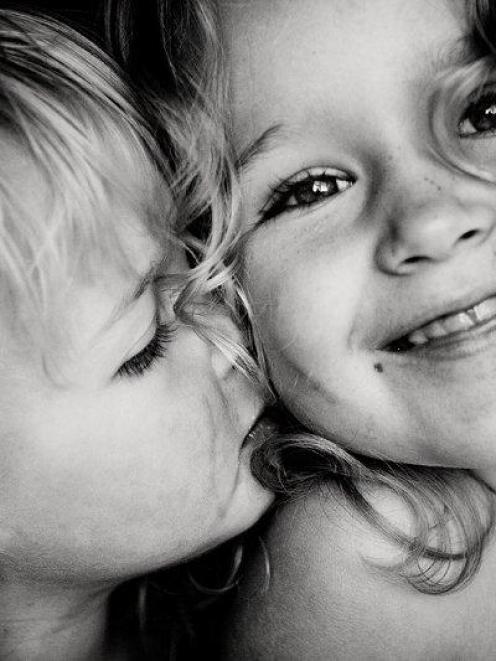 "I thought it was beautiful because it was my girls," Mrs Andersen (35) said.

That photograph, featuring Ava (2) and Ella (5), is now on the front cover of Aroha Love, a book which is the result of a national photographic competition.

More than 3000 photographs were submitted by more than 500 photographers from Kerikeri to Stewart Island and the best photographs, on a theme of love and relationships, were chosen by a panel of judges and compiled for the book.

It was the first photography competition Mrs Andersen had entered and she is now keen to enter more.

She also had another photograph selected for the book.

Mrs Andersen has always had a passion for photography and has recently been filming mostly weddings and portraits.

She was grateful for the assistance of her husband, Tonni, her "number one supporter", who looked after the children - a third daughter Quinn was born four months ago - while she was busy with her photography.

The organiser and compiler of Aroha Love, Renee Hollis, was recently interviewed on the TV1 television show Breakfast.

While Mrs Andersen was busy making porridge, Ella said: "Mummy, I'm on TV", as the photograph was used as a backdrop.

Ella was unfazed by her newfound fame - "She doesn't care.

She hasn't told her teachers or her friends . . . she's very modest" - while younger sister, Ava, was "oblivious".