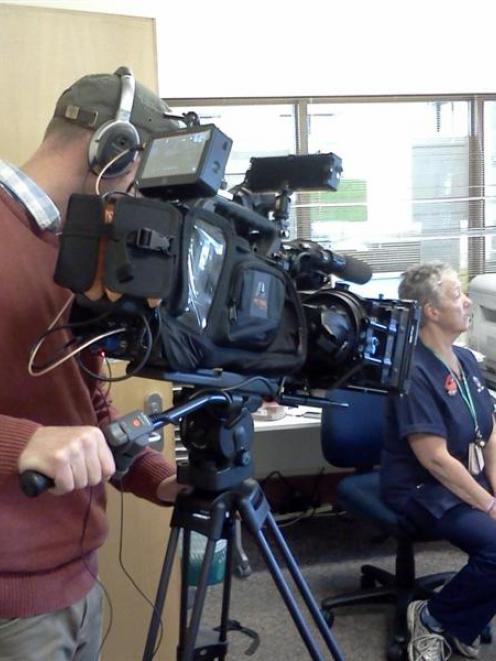 Co-director Paul Trotman, of PRN Film, said the documentary showed how a rural hospital operated through the experiences of the people at the ''sharp end of healthcare''.

''Over the months, this dedicated team faces a multitude of challenges, not all of them medical. Balancing the books and ticking the boxes can be as demanding - and almost as stressful - as saving the life of a child.''

Oamaru Hospital's services are under threat from a $500,000 budget cut by the Southern District Health Board.

The documentary shows management struggling to fill vacancies, staff routinely going far beyond their job description, skipping meal breaks and staying late night after night to fill yawning gaps in the roster, working with whatever is available to ensure their community gets the healthcare it needs.

''To see the doctors and nurses going above and beyond the call of duty to help even the most frustrating of patients, and to do it with good grace and good humour, was very special.

''What drives these people is their desire to help others, and save lives,'' he said.

Hospital manager Robert Gonzales said people in rural communities needed to know that if they were unlucky enough to be seriously ill or injured, the system was there to save them.

Emergency and acute health care response could not be taken for granted in rural areas.

Recruitment and retention of health professionals and having a hospital in the area were paramount.

''Generally speaking, people in rural and remote areas very much prefer to be cared for in their local environment.''

''Expecting rural people to travel large distances or providing them with a local substandard tin-pot hospital is not acceptable,'' he said.

• The documentary, produced and directed by Paul Trotman and Malcolm Hall, will screen on TV3 on Thursday, August 13, at 9.30pm.