Influx of oil-covered penguins at centre 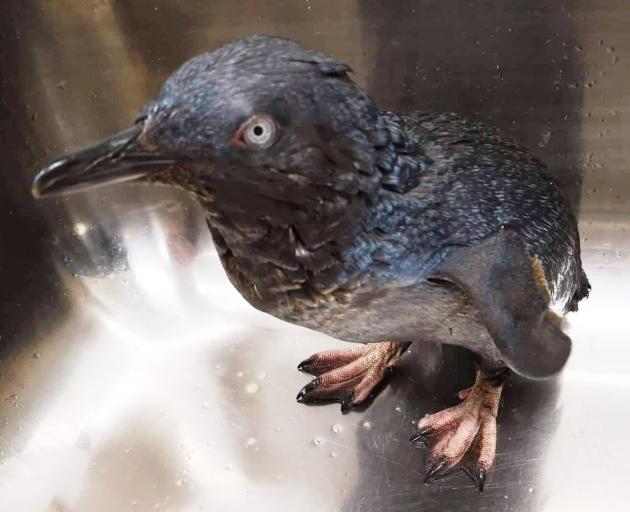 ''This one that came in last night [Tuesday] was wandering around on the grass down Waterfront Rd - so we have no idea where and how that bird came into contact with the oil.

''There's no oil in the water so we know it's somewhere on land, but we're just not sure where.''

The first bird brought into care at the colony, last month, had apparently been covered in oil for an extended period of time, was ''very skinny'', and died while in care.

A suspected pair - a male and female - were then discovered nearby. Both those birds had spent the last two weeks recovering in the rehabilitation centre. The person who found them, whom Dr Agnew declined to identify, was able to determine how they came into contact with the oil and had taken steps to prevent a recurrence.

Birds covered in oil were unable to preen themselves and could not to go to sea to feed.

Oiled birds were taken to the Oamaru Blue Penguin Colony research laboratory where they were cleaned - using detergent and toothbrushes - for up to 45 minutes.

The little penguins were then slowly introduced to the pool at the rehabilitation centre to induce the birds to begin preening again. Once they could spend four to five hours in the pool they would be released.

Dr Agnew encouraged people with property and work by the harbour or on the coast to secure any toxic substance.