Internet bargain takes on the best 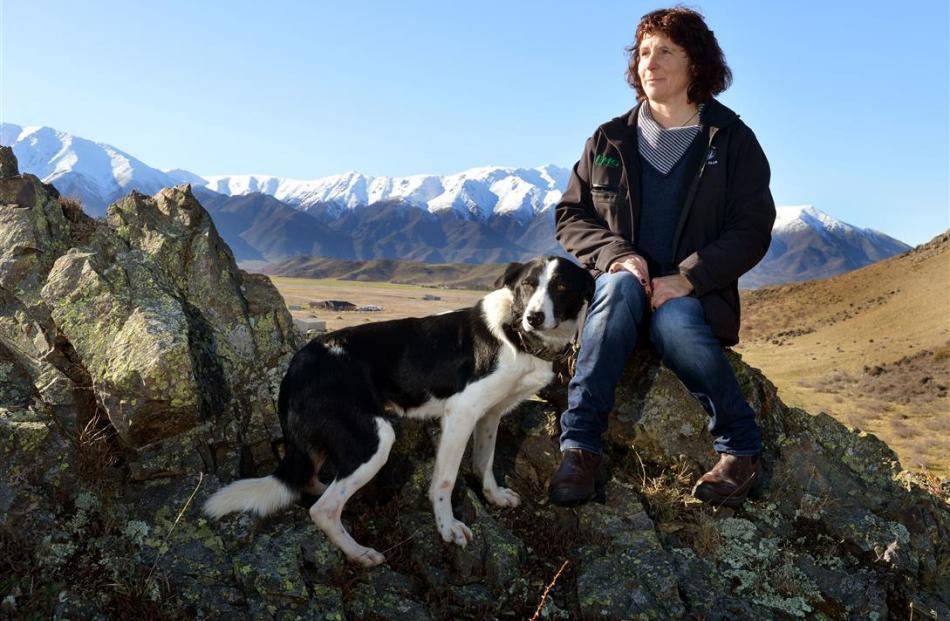 Ben the heading dog was not a bad buy as far as internet purchases go.

The dog, which spent his early months as a pet, was bought by Nastassja Tairua for $300 after she spied him advertised for sale. He was 15 months old and had never seen a sheep.

Miss Tairua trained the young dog and he proved to be a willing learner. He went on to win the Tux South Island maiden yarding event with her.

This week, he is competing at the South Island and New Zealand sheep dog trial championships at Omarama with Miss Tairua's mother, Jan, a South Otago farm manager.

While Ben successfully made the transition from pet to working dog, he still had a tendency to want to lick her fingers, "a throwback to his early upbringing'', Mrs Tairua (52) said.

"He's a really super work dog at home, on sheep and cattle, and reliable.''

Mrs Tairua has spent the past 17 years managing a 250ha sheep and beef farm at Hillend, a job she enjoys. "It's my lifestyle and it's all I know,'' she said.

She started trialling about 12 or 13 years ago, although it was something that was in her blood. She remembered travelling to trials with her sister, as pre-schoolers, as her father competed.

When she was 15, she competed at her first trial with a huntaway at Wyndham and was placed in the maiden.

But she did not pursue the sport, preferring to concentrate on sawing and woodchopping, both as a competitor and handicapper.

Later, when she started managing farms, she got involved in dog trials, initially as a "worker bee'' with the Warepa club, which is hosting the South Island championships next year.

She got back into trials with her late husband, Jery, and the pair competed against each other, with a degree of rivalry.

Her dogs were usually previously "troubled'' or "cast-offs''.

A few years ago, Mrs Tairua won the Tux New Zealand yarding championship with Ghost, a dog she affectionately described as the ugliest pup in the litter but she thought he was special.

She competed at the New Zealand championships in Gore in 2010 alongside her son, Carl, which was "awesome''.

It is her first time competing at Omarama and she is impressed by the courses. The championships continue this week and finish on Saturday.